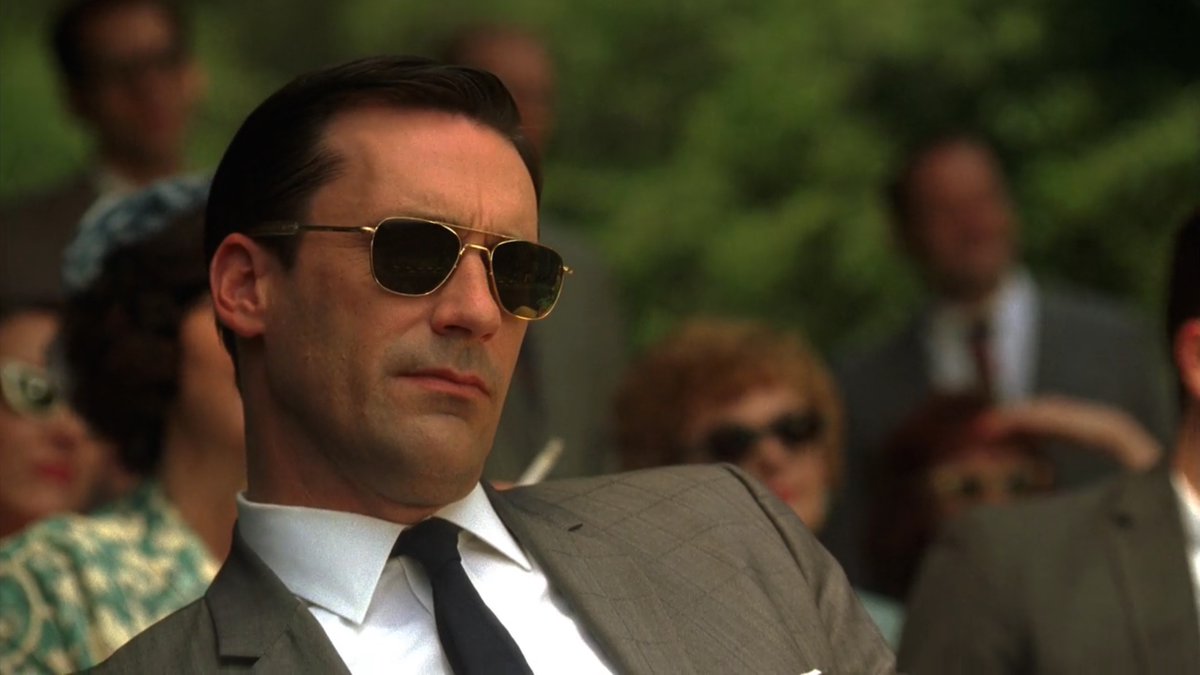 Love is very elusive in the world of Mad Men. That’s because, as the title of this episode suggests, the characters are looking for it in all the wrong places. And perhaps love isn’t even what they’re hoping to find.

Peggy Olson, who is once again feeling at odds with her male co-workers, decides to engage in a one-night stand to boost her confidence. Even though it makes her feel better, she’s ultimately trying to be something she’s not. In one of the episode’s best scenes, Peggy feels disgusted after singing “Bye Bye Birdie” to herself in the mirror.

Meanwhile, Donald Draper feels a sudden attraction to his daughter’s third-grade teacher, watching as she leads the students in a barefoot dance around the maypole. Here we go again: time for his heart to be torn down and rebuilt over what remains.

Yet the final scene of the episode masterfully reveals what Don and Peggy care about more than anything else: advertising. Their one true love is work, which is why they share the deepest bond on the series.

With the theme of rocky relationships as its shaky foundations, “Love Among the Ruins” checks in with all our favorite lost souls to see how they handle their daily struggles. For Roger Sterling, whose family has disowned him due to his impending marriage to Jane, the answer is to drink his problems away. For Lane Pryce, whose wife hates living in New York City, the answer is to assimilate as best he can.

The main focus this week, however, is on Betty Draper. With a baby on the way, she’s more frequent to mood swings than ever before. And to further add to her stress, her senile father and her selfish brother are having an old-fashioned family squabble. Even worse, they’re spending the weekend at her house.

I admit that all storylines involving Betty’s extended family are some of the worst of the series. Luckily, Don takes control and swiftly orders his brother-in-law out of the house. But in order to appease Betty, he agrees to let her father, Gene, live with them for the time being — an arrangement that will no doubt be a pain in the ass for Don and everyone else involved, including us.

“Love Among the Ruins” is one of those second-rate Mad Men episodes that should be expected this early in a season’s run. Yet when compared to similar installments — say, “Ladies’ Room” or “Flight 1” — it’s becoming clear that season three has already seen a noticeable uptick in quality.

If this is now the worst of what Mad Men has to offer, then it’s safe to say that the series is well on its way to becoming one of the greatest TV shows of all time. I wasn’t even that bored watching Betty’s family, which is something I thought I’d never say.

Still, the plotless nature of the series certainly isn’t for everyone. The intricacies of each episode are revealed gradually rather than all at once. As a result, “Love Among the Ruins” pays dividends on repeated viewings.