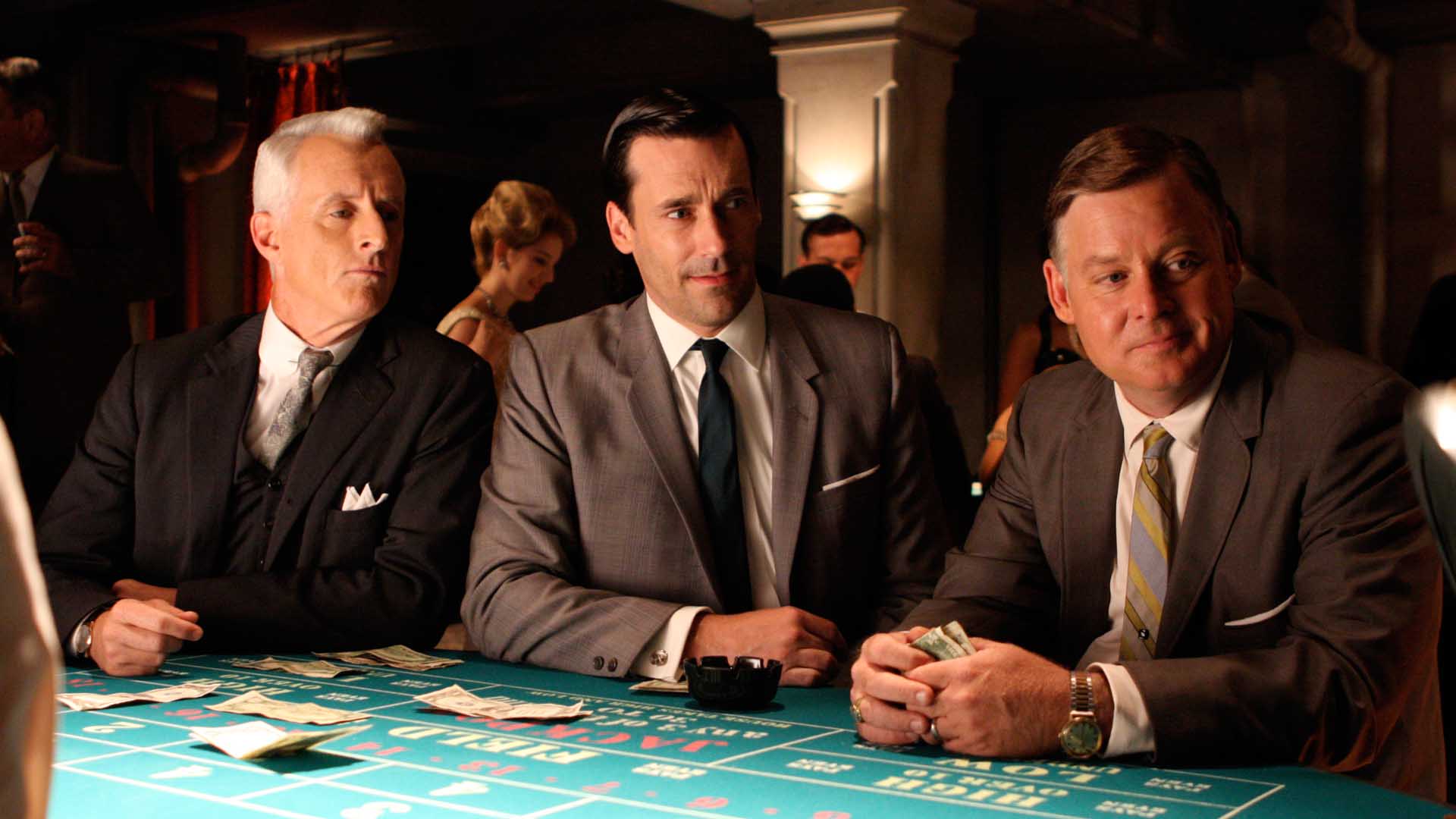 “Everything Put Together Falls Apart”

Bad things often come in threes. But in the world of Mad Men, misfortunes often snowball out of control until they become too numerous to count. That’s certainly the case in “Six Month Leave.”

For example — Don Draper, recently estranged from his wife, is living at The Roosevelt Hotel, while Betty spends the days drunk and depressed. The children’s nanny, Carla, acts as the surrogate mother for young Bobby and Sally. At Sterling Cooper, Freddy Rumsen’s alcoholism causes him to literally piss his pants before a presentation. He gets fired by Duck Phillips. Meanwhile, Roger and Mona Sterling’s 25-year marriage surprisingly ends when it’s revealed he’s been having an affair with Don’s new secretary, the 20-year-old Jane Siegel.

To further dampen the mood, the episode takes place on August 5, 1962, the day after Marilyn Monroe’s death.

“Six Month Leave” is one of the most depressing Mad Men episodes thus far. Even when things seem to go right, it’s for all the wrong reasons — Peggy Olson is upset that her promotion to copywriter has come at the expense of Freddy’s job. She blames Pete Campbell, who told Duck about Freddy’s accident, but Don puts the blame on Peggy, who neglected to inform Don in the first place. He coldly tells her, “Don’t feel bad about being good at your job.”

The high point of the hour comes when Don and Roger give Freddy Rumsen the send-off he deserves — a raucous night on the town that ends up at an underground speakeasy. This is what the Golden Age of Advertising was all about. However, the night ends prematurely when Don gives Jimmy Barrett a well-deserved sucker-punch to the face. After getting kicked out of the club, Roger pays for Freddy’s cab home, and sends him off into the abyss.

It’s a shame to see Freddy get fired, as he’s easily been the friendliest and funniest employee at Sterling Cooper. But that’s unfortunately how the world of big business works — come Monday, his long tenure at the agency will be all but forgotten.

Even though “Six Month Leave” is a gloomy episode, it remains a masterclass in characterization, which is why we so easily empathize with the circumstances. It’s understandable that Don feels “relieved” rather than depressed at his current separation. It’s also understandable that Roger seeks Don’s counsel as an excuse to break up with Mona. Both characters have little regard for what they do and whom they affect.

The episode also does a great job contrasting the action at Sterling Cooper with the complete lack thereof at Betty’s home. Separated from Don, she spends her days sleeping, cleaning and drinking wine. So … pretty much the same thing as when he was still living there.

By the end of the episode, nothing has changed. But what else could we have expected? I look forward to next week so I can watch them do it all over again.