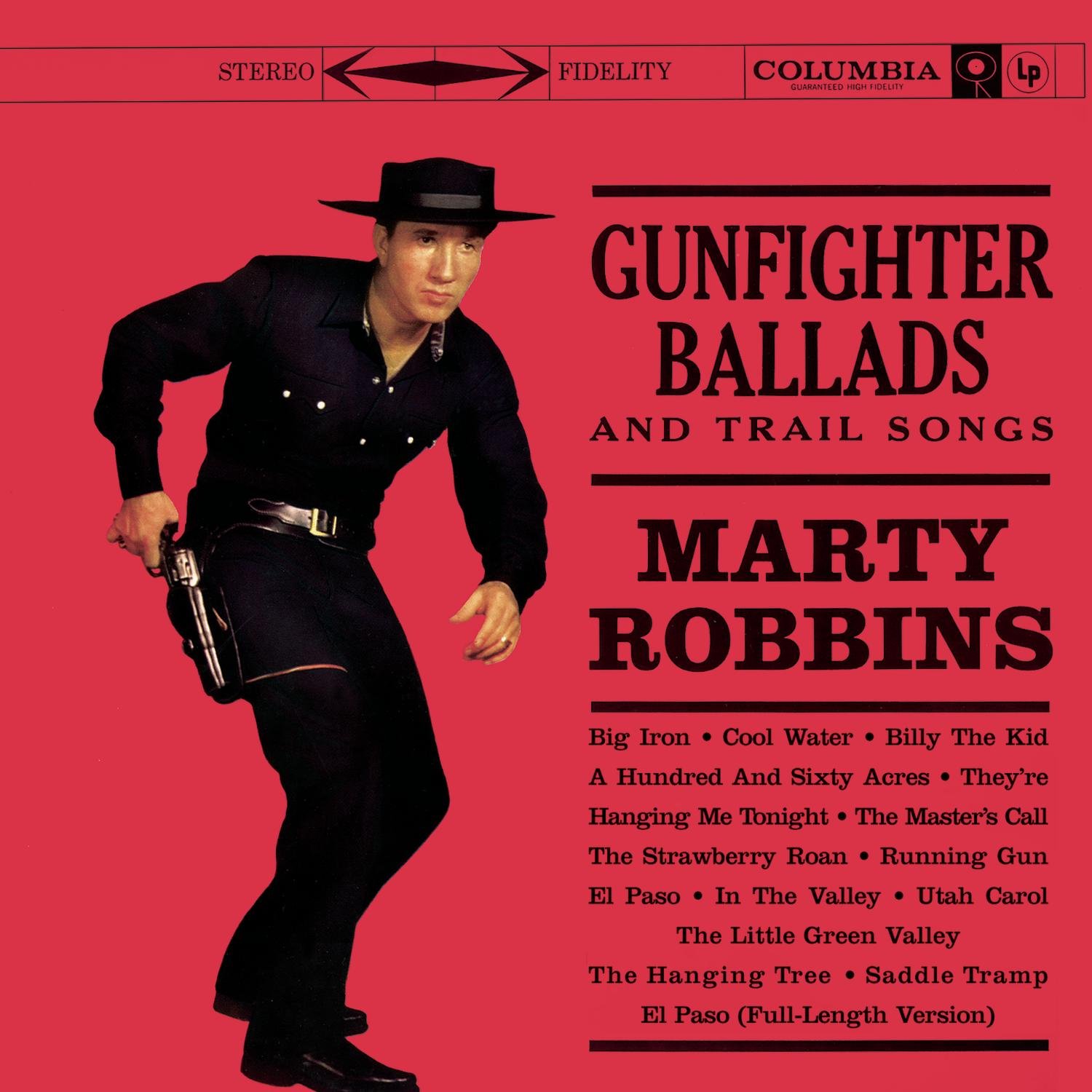 With a voice like Elvis Presley, and a penchant for storytelling like Woody Guthrie, it’s no surprise that Marty Robbins was propelled to country superstardom. On Gunfighter Ballads and Trail Songs, he sings with the conviction of a cowboy in a John Ford film.

Take “Big Iron,” for instance: on the rollicking album opener, Robbins captures the frontier spirit through the panoramic sweep of an Ansel Adams photograph. Contrast that with “They’re Hanging Me Tonight,” a soulful ballad that features a beautiful folk-pop arrangement. Elsewhere, Robbins sings for outlaws, cowboys, ranch hands and herders alike, in one of the most authentic displays of post-war western music ever heard. Fans of John Wayne, Bob Nolan and Rawhide should greatly appreciate it.