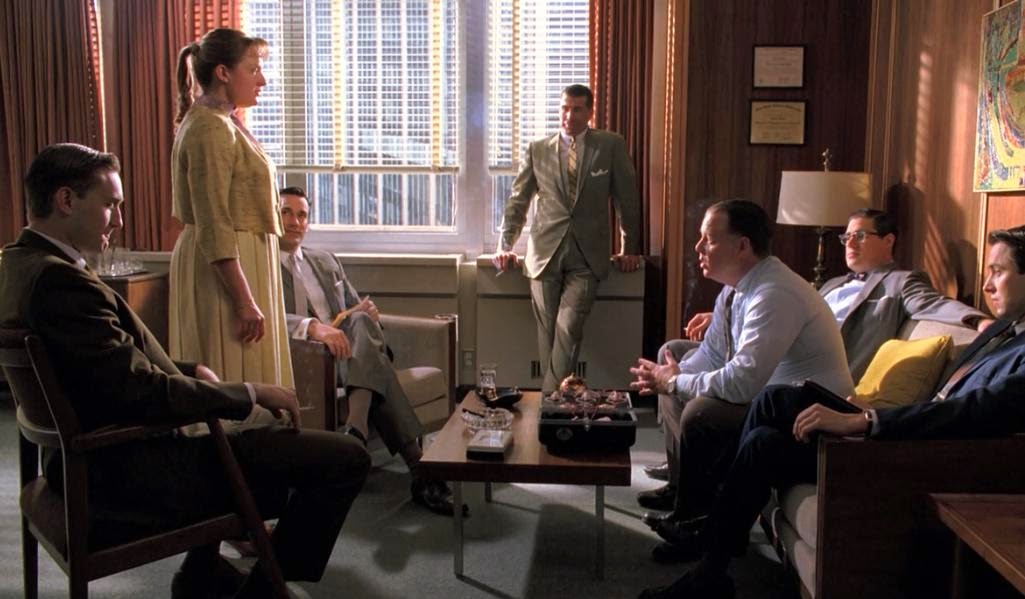 The most wholesome relationship in Mad Men belongs to Don Draper and Peggy Olson. That’s probably because there’s no romantic interest between them whatsoever. Their connection is purely platonic, which is a rare sight at the Sterling Cooper offices.

Don respects Peggy’s hard work and dedication as a secretary, but also recognizes her burgeoning talent as a copywriter. On the other hand, Peggy admires Don’s independence and expertise at the workplace. She doesn’t see him as a boss, and she doesn’t view herself as his secretary — in Peggy’s eyes, they are creative equals.

One of the finest scenes in “Indian Summer” features Don giving Peggy advice about the best ways to come up with an advertising idea. Even though Don has an insanely competitive ego, it’s heartwarming to see him help a fellow employee. And for Peggy, it’s encouraging to know that not all men in Manhattan are misogynists.

Unfortunately, the rest of “Indian Summer” isn’t so wholesome.

When it isn’t focusing on platonic friendships at work, “Indian Summer” puts emphasis on unfulfilled sexual desires at home. For Betty Draper, that means fantasizing about cheating on her husband while sitting on top of a washing machine.

At the end of the episode, after a failed blind date, Peggy pleasures herself with the new product.

A high-stakes moment comes when Roger suffers another heart attack, this time during a business meeting with Lucky Strike, which prompts Bertram Cooper to promote Don to partner. Meanwhile, Don’s new relationship with Rachel seems to be going well, but they only share one scene together.

It’s typical of Mad Men to release a slow-moving episode right before the end of the season, thus amplifying the magnitude of the finale. And based on how good “Nixon vs. Kennedy” and “The Wheel” are, it’s fair to say that “Indian Summer” does its job. But even though the leisurely installment is quite funny, it isn’t all that memorable.