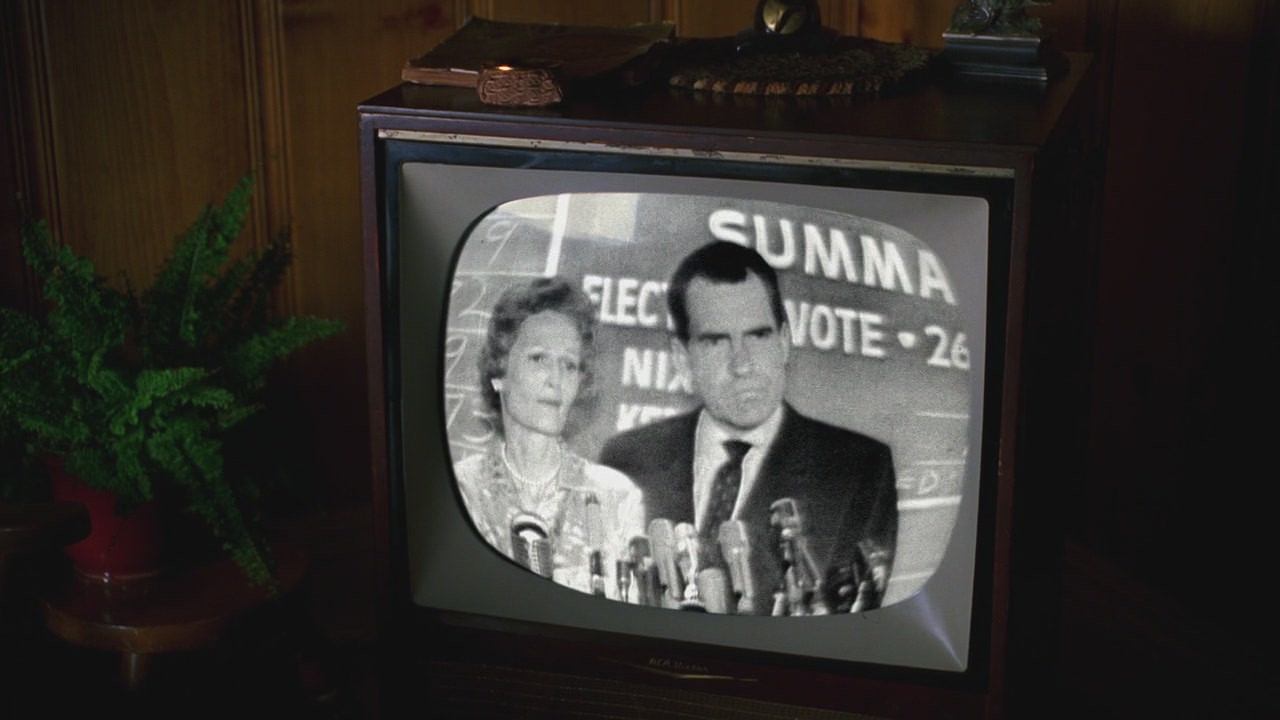 For some reason, we forget about it every four years.

We also seem to forget that Mad Men is one of the greatest TV shows of all time. “Nixon vs. Kennedy,” the penultimate episode of season one, perfectly demonstrates why.

Because of its historical backdrop, the series will always stay relevant. But Mad Men’s greatness stems from its ability to adapt. Even though the times they are a-changin’, the characters aren’t. They merely react to the world around them, remaining the same group of lost souls from beginning of the decade to the end.

It’s on full display during Sterling Cooper’s election night office party. Instead of contemplating the magnitude of the moment, the election is just an excuse for the employees to indulge in a workplace bacchanal, drinking all the crème de menthe their stomachs can hold. You’d think it was New Year’s Eve.

By the end of the night, Harry Crane cheats on his wife with Pete Campbell’s young secretary, Hildy.

As the election determines the future of the agency, Don Draper finds himself unable to shake the memory of his past. With this, the central mystery of season one is finally revealed — in the Korean War, Don Draper a.k.a. Dick Whitman stole the identity of his CO by switching the dog tags from his dead body, a death that he inadvertently caused, by the way. We see the fateful events via flashback, and our perception of the series is changed forever.

Our hero is a deserter, a liar and a cheat — a fraud who jumped at the first available opportunity to escape his upbringing and start a new life. Dick Whitman died, so Don Draper could live.

Peter Campbell, who stole the package that Adam Whitman sent Don at the end of last episode, uses this information to blackmail Don after being passed over for a promotion. With his career and carefully-crafted persona in jeopardy, Don is sent into a tailspin. He once again finds himself in the arms of Rachel Menken, begging her to run away with him. But this time, Rachel sees right through the bullshit. She calls him a coward, and effectively ends their relationship.

On the other hand, Bertram Cooper doesn’t care about the bullshit. When Pete gives away Don’s secret in an effort to get him fired, the Sterling Cooper boss puts an end to the series’ greatest mystery as soon as it’s revealed:

The fact that this information is revealed in the penultimate episode rather than the season finale only confirms that Cooper is right. It doesn’t matter who you were; all that’s important is who you are. Unfortunately for Don, it’s an answer he doesn’t know.

Even though Mad Men’s debut season has operated on a small scale, the slow-burn payoff has been worth every second. Sure, Cooper can brush off Don’s secret identity just like that, but for the viewer, the flashback scenes are monumental, delivering the same pathos that we saw in “5G” and “The Hobo Code,” but in a much more action-packed manner.

Overall, “Nixon vs. Kennedy” is a game-changer. But in the world of Mad Men, the more things change, the more they stay the same.