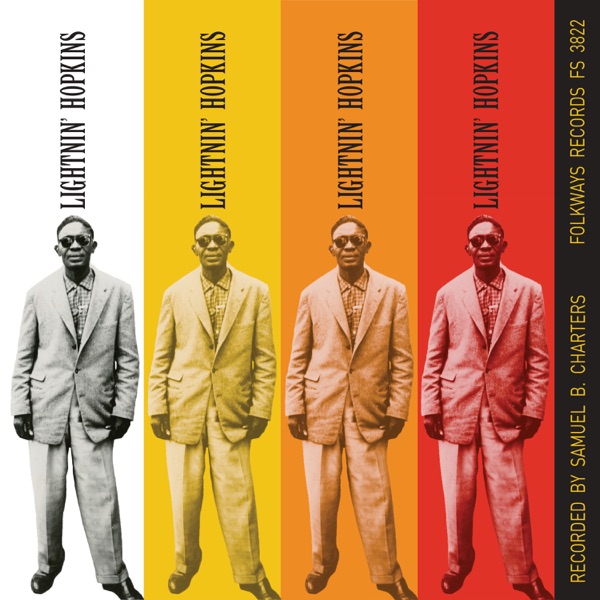 The origin of Lightnin Hopkins’ self-titled 1959 debut album is the stuff of blues legend. By the late ’50s, the once-legendary performer had all but disappeared from public sight. Music historian Samuel Charters tracked Hopkins down to a one-room apartment in Houston and asked him to record a couple songs. In return, Hopkins only asked for a bottle of gin.

With only one microphone, an acoustic guitar and a gin-soaked voice, Lightnin’ Hopkins features some of the rawest blues ever put to record. The reclusive artist made a daring comeback only five feet from the foot of his bed.

Around this time, Charters had also just published his first book, The Country Blues. Along with the compilation LP of the same name, his work helped spark a renewed interest in iconic musicians like Blind Lemon Jefferson and Blind Willie McTell. Likewise, Lightnin’ Hopkins helped set forth the American folk music revival of the 1960s.

But Lightnin’ Hopkins’ music goes far deeper than folk. This is the true definition of the blues — hauntingly despairing and alluringly dangerous. His amazing guitar abilities are second only to Robert Johnson.

Lightnin’ Hopkins contains nine seminal blues standards, each one a powerful display of raw emotion. Even “Reminiscences of Blind Lemon” — a spoken word, off-the-cuff story in which Hopkins recalls meeting his hero at a church picnic in 1920 — is an important artifact of blues tradition. As a whole, it makes Lightnin’ Hopkins one of the most important documents of the 1959 blues revival. And probably the best collection of blues music since the original King of the Delta Blues Singers.