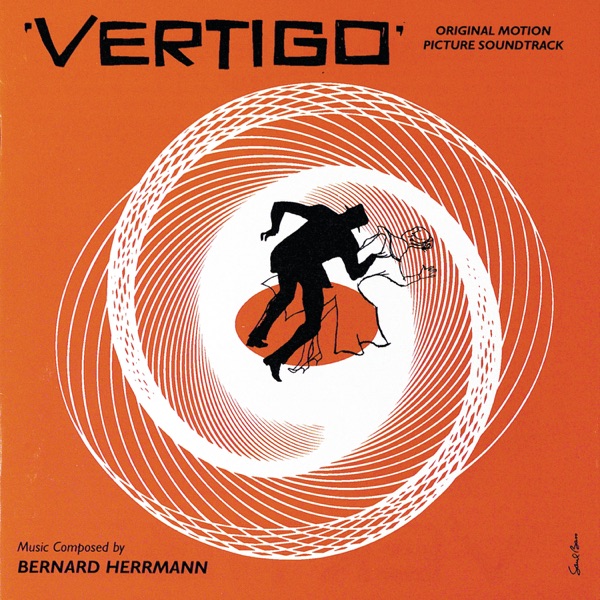 Starring Jimmy Stewart and Kim Novak, Alfred Hitchock’s Vertigo is the most spellbinding movie ever created. But the importance of Bernard Herrmann’s surreal score can’t be emphasized enough. Is it coincidence that the greatest film of all time also employs the greatest soundtrack?

Standouts include the dizzying “Prelude,” the tranquil “By the Fireside” and the magnificently heartbreaking “Scene d’Amour.” Yet the Vertigo soundtrack as a whole is greater than the sum of its parts. The 16 tracks are seamless, combining to form a finished product that is a significant work of art in itself.

Throughout the film, Herrmann’s score is full of spiraling descents and dizzying false starts. The aforementioned “Scene d’Amour” is the only moment that fully resolves the film’s psychosexual tension. It’s the greatest scene in cinematic history, and it derives all its power from the music.

Symphony No. 9 in E Minor

Legendary British composer Ralph Vaughan Williams was 85 years old when his Ninth Symphony premiered. He died a few months later. It’s easy to get caught up in myth-making when discussing Vaughan Williams’ final work. Thanks to the ghosts of Beethoven, Schubert and Mahler, it’s hard not to associate a Ninth Symphony with death.

Then again, Vaughan Williams’ work is so full of life! Sometimes slow and brooding, sometimes strange and ruminative, always energetic and expressive, the Ninth is unlike anything the composer had ever attempted. Never before had Vaughan Williams been so bold and ambitious.

Musically, emotionally and literally, this is Ralph Vaughan William’s most mature work, signifying the end of an era. The lark ascended.

Originally scored for a group of 109 musicians divided into three subsections, “Gruppen” is a spatial masterpiece. My best advice: PLAY LOUD. It’s the only way to truly comprehend how dense and sonorous Stockhausen’s greatest orchestral achievement truly is. Not often is serialism this exciting. Or this massive.

Despite its harsh dissonance and stark atonality, Györgi Ligeti’s first string quartet is one of the composer’s most lively and energetic works. Originally written in 1953, two years before Ligeti had fled his native Hungary for Vienna, this early work is stylistically similar to the string quartets of Béla Bartók. What’s amazing is the fact that performances of Bartók’s music were explicitly banned in Hungary, meaning Ligeti took influence just from reading the sheet music.

The 20-minute piece is divided into 12 short sections, each one providing a fractal take on Transylvanian folk music. While it doesn’t carry the sheer density of Ligeti’s later works, String Quartet No. 1 is still a very interesting ride — avant-garde classical music with an actual sense of rhythm.

Violet Archer, an obscure Canadian pianist from Montreal, crafted a truly mesmerizing work with Piano Trio No. 2. Like Györgi Ligeti, Archer’s biggest influence is clearly Béla Bartók, yet her simplistic and foreboding style remains entirely her own. Definitely worth checking out.

Much of Ligeti’s greatness stems from his ability to make acoustic compositions sound electronic. It’s weird because when he actually dabbled in electronics for a short spell in 1957-58, it kinda sounded like shit.