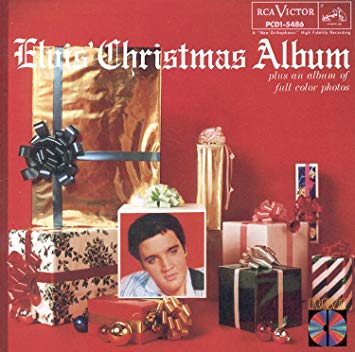 Christmas albums are rarely cohesive. There might be one or two big hits played on the radio every holiday season but the rest of the album is usually stuffed with filler of the lowest order. Surprisingly, that’s not the case for Elvis’ Christmas Album, which follows the basic formula but succeeds because of the singer’s immense star power.

Even though you’ve heard them hundreds of times, both “Blue Christmas” and “White Christmas” are eternal classics, not only two of the best rock & roll Christmas songs but also some of the best material Presley ever performed.

Side A is rock & roll; Side B contains Gospel explorations of traditional hymns. It wouldn’t be a true Christmas album without a stirring version of “Silent Night.” And even though the soft & Southern Elvis slows things down a little too much, the varied styles make the entire recording worthwhile. It’s one of the only classic Christmas LPs.