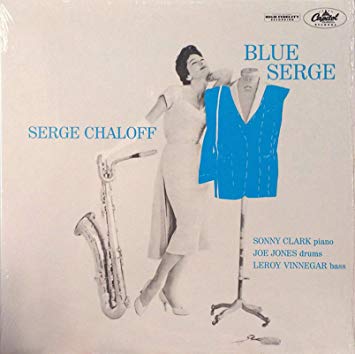 The erratic baritone saxophonist was only 32-years-old when he recorded Blue Serge, but he was already close to the death. Within a year, spinal cancer would leave him paralyzed from the waist down. He’d be dead by next spring.

The story of Serge Chaloff is one of the jazz world’s unfortunate cautionary tales. Plagued by alcoholism and heroin addiction, Chaloff had a boisterous personality. But he was going nowhere fast. If nothing else, however, he always had his music — a recorded output that is nothing short of miraculous.

Considering Chaloff’s self-destructive behavior, it’s amazing that he can even stammer any notes at all. The real miracle is that the man and the music couldn’t be any further apart — a tumultuous whirlwind producing one of jazz’s most relaxed and naturalistic tones.

Blue Serge is Chaloff’s impromptu masterpiece, and one of the most unlikely hidden gems in the jazz catalogue. For maybe the first and only time in his life, everything falls together perfectly. This album is the last testament of a great Boston jazzman and, through its greatness, he is able to live forever.