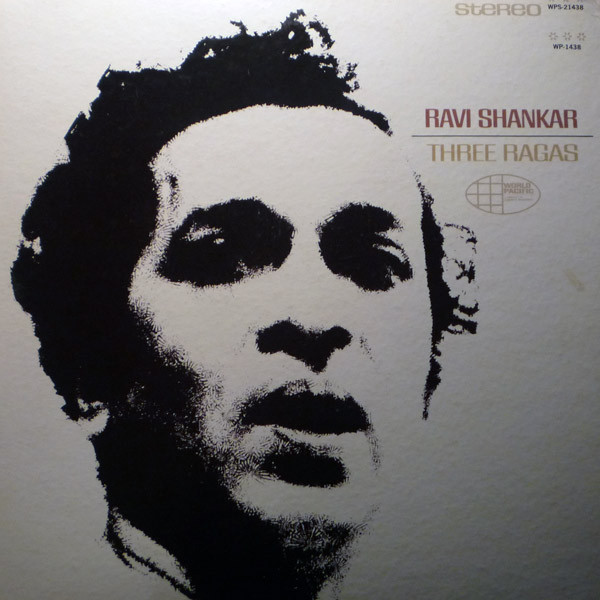 There was a time in the mid- to late-’60s when the Western world became obsessed with Indian music. There wouldn’t have been a psychedelic era without the sitar. And for that we can thank Ravi Shankar.

A direct inspiration on both John Coltrane and George Harrison, Shankar is widely regarded as the preeminent sitar god (or guru) of modern times. On his first recorded LP, simply titled Three Ragas, the young prodigy brings raw, passionate Hindustani classical music to a major label.

The music sounds both infinite and ancient. “Raga Jog,” the 28-minute opener, is a cathartic release of minimalist expression that could be one-thousand-years-old for all I know. It brings to mind hazy images of deserts and jungles and skies and Pather Panchali. Or am I just describing my acid trip from a couple years back?

On Three Ragas, you get all the best aspects of psychedelic music — drones, surrealism, trance-inducing atmospherics — bottled straight from the source. This is far from a novelty LP that can only be listened to when the mood is right; Three Ragas creates the mood.