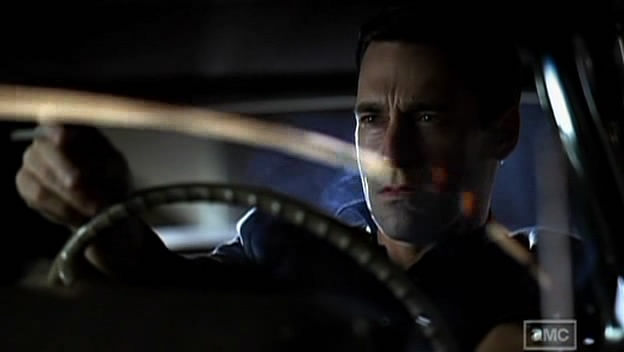 “The Virtues of Being Bad”

Mad Men is one of the only Great Shows that isn’t afraid to dish out a lower-tier episode every now and then. It’s a useful strategy, actually — staggering the clunkers to give the masterpieces more impact. It’s an old-school television approach, akin to a football team establishing the run in order to set up the pass.

For all of Mad Men’s apparent pretensions, the show will sometimes strive to be nothing more than perfectly average, which is quite an endearing quality.

However, the slow-paced duo of “Ladies Room” and “Marriage of Figaro” coming at this early juncture in the series might cause some initial apprehension. Much like its predecessor, this is another episode where nothing much happens. And even though Mad Men will eventually become famous for these types of episodes, that status has yet to be earned.

“Marriage of Figaro” operates within a bifurcated structure, the first half taking place at the office, and the second at young Sally Draper’s birthday party. Director Ed Bianchi combines both elements in a distinct, dreamlike manner, as if the entire day is slowly floating past. At work, Don Draper seduces the agency’s newest client, department store owner Rachel Menken, but the two aren’t able to follow through after Don reveals he’s married.

When Don gets home, he gets drunk at his daughter’s birthday party and comes back hours later with an apology puppy. The party scenes are the most tedious Mad Men moments so far, so I don’t necessarily blame Don for going AWOL. Still, the golden retriever is another reminder that Don is, for lack of a better term, a “world-class heel.” He’s a terrible father, and an even worse husband.

Nevertheless, watching Don drift aimlessly through life is compelling television. It doesn’t matter if he’s shopping for cufflinks or drinking a beer; he’s that charismatic. Unfortunately, whenever he steps away, the resulting storylines can be quite boring. The other characters simply aren’t ready for the spotlight.

The most intriguing scene of the episode occurs right at the beginning, when a stranger on the train recognizes Don as someone named Richard “Dick” Whitman. He references fighting in Korea together. For the first time, Mad Men is raising questions: What’s the deal with Don’s past? Who is Dick Whitman? Unfortunately, this is the only time it’s addressed.

The rest of “Marriage of Figaro” settles into a workaday groove. Pete Campbell returns from his honeymoon, and a newly-divorced, single mother named Helen Bishop moves in down the street from the Draper residence. Lots of office gossip, coupled with suburban housewife gossip. A dreadful pairing.

These types of humdrum Mad Men episodes will be executed with much more precision and passion once the show gets rolling, but for now, they remain uninteresting. Luckily, the energy will pick up now that these early placeholders are out of the way.