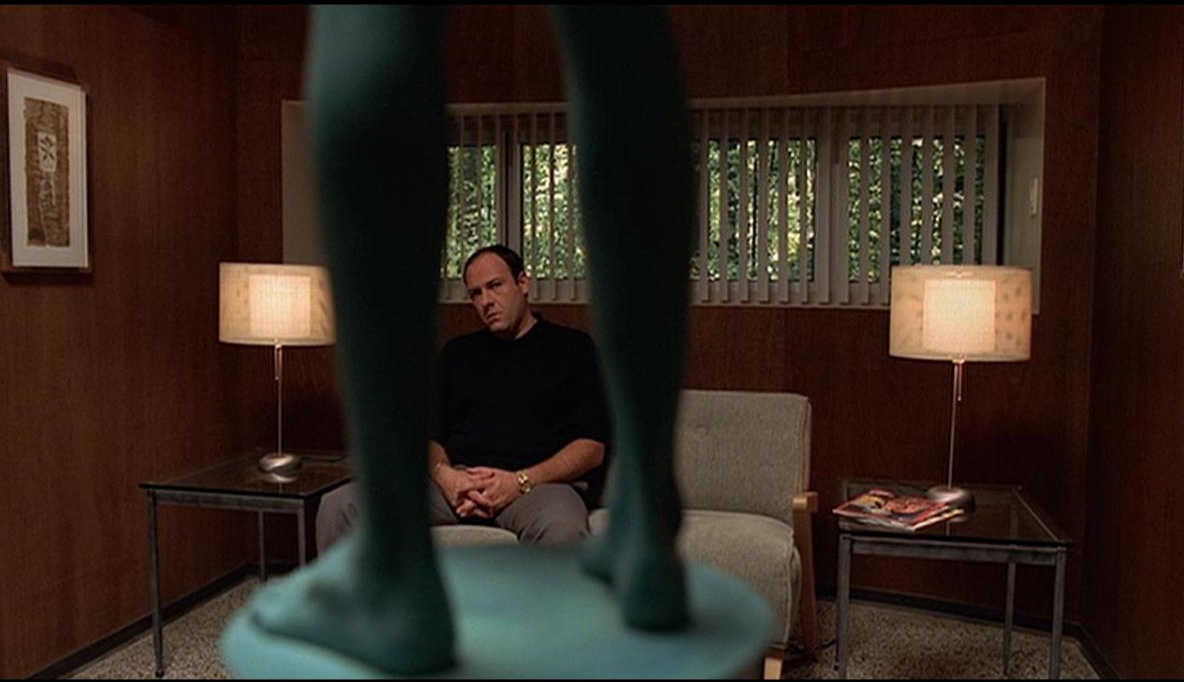 The Sopranos changed everything about TV. Even if you’ve never watched the series, you’re probably still aware of its massive impact upon modern television and pop culture in general. Such is the influence of David Chase’s masterful crime saga —  Sopranos DNA can be found in virtually every TV show that’s followed.

From the very first episode, The Sopranos was something new. The gritty realism immediately set forth a prestige drama precedent. Groundbreaking stuff, if you will. But perhaps The Sopranos‘ most significant breakthrough, even more innovative than its use of cinematic visuals, was its eclectic use of music.

However, the soundtrack that David Chase employs in the pilot episode somewhat lacks the originality featured throughout the rest of the series. Relying on rock & roll oldies, it’s a Scorsese-inspired scattershot that calls to mind other gangster classics like Goodfellas and Casino. I’m not saying that contemporary music is an absolute requirement, but the old-school soundtrack somewhat betrays the vibe that the rest of the show will convey.

Take, for instance, Tony Soprano’s cartoonish joyride through the busy public park, which is backed by Dion & the Belmonts’ “I Wonder Why.” The 1958 doo-wop hit was also used in Robert DeNiro’s A Bronx Tale, and it provides the backdrop for the episode’s most regrettable scene. Even Chase himself has admitted that this was a bad decision.

Nevertheless, the 1950s and ’60s nostalgia is a warm welcome into The Sopranos universe. Christopher Moltisanti makes his bones to Bo Diddley’s “I’m a Man,” Tony cruises around town to “Can’t Be Still” by Booker T. & the M.G.’s, and the caporegimes all sip espresso over the thundering guitar chords of Link Wray’s “Rumble.” These short snippets offer a mafia music crash-course, familiarizing us with the territory before moving on to the deep cuts.

The episode’s most ambitious musical moment is played over Tony’s panic attack: a scene from Giacomo Puccini’s 1917 opera La Rondine. Despite being the only selection from the classical repertoire, it’s definitely not an outlier. David Chase will cull inspiration from a wide variety of sources, and the diverse mix of genres adds an additional layer of depth to the narrative.

The episode’s most important musical moment is played over the end credits: Nick Lowe’s “The Beast in Me.” Coupled with the final image of the Soprano-family pool (no ducks in sight), the slow-moving folk ballad is a perfect choice to close the episode. Johnny Cash’s cover version might’ve been more powerful, but Lowe’s original is much more subtle. And that’s what David Chase and The Sopranos are all about. The music haunts you long after the end credits fade to black.

Music overheard in the first episode of The Sopranos