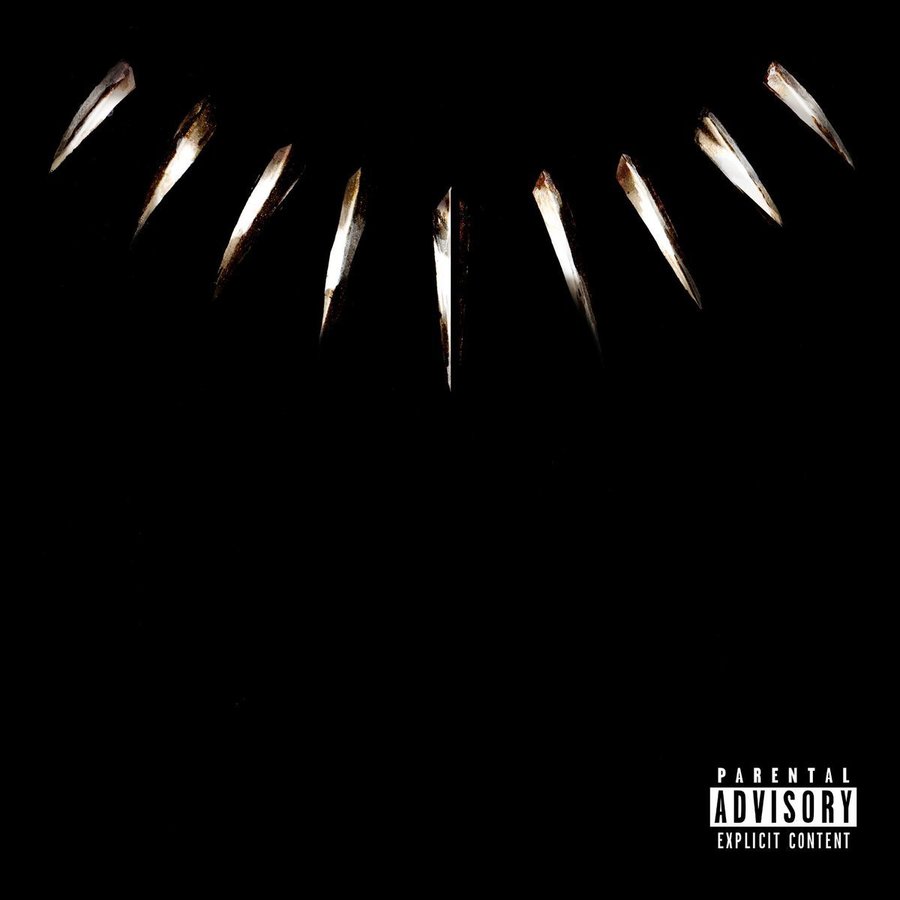 Kendrick Lamar stays busy, and in a music scene desperate for consistency, it’s a great thing that America’s best artist is keeping up a Drake-like pace of late. Just like Aubrey Graham has stayed in the spotlight via album-as-mixtape (If You’re Reading This, It’s Too Late) and album-as-extended-playlist (More Life), Kendrick Duckworth—during his “down time”—has given us album-as-B-sides-compilation (untitled unmastered) and now album-as-soundtrack. With Black Panther, he continues his unprecedented streak.

While this technically belongs in the “Various Artists” category (or at least “Kendrick Lamar and Friends”), Lamar is very much the chief—and singular—architect. He is the primary artist on four tracks, provides guest verses on a few others, sings backing vocals on a couple more, and, when he’s not behind the mic, he is writing and producing. The only thing he doesn’t do is star in the actual movie.

Every Kendrick comes with a concept, and while Black Panther doesn’t stay true to its source material (it is “inspired by” by the film, not a “narration of”), it finds Lamar considering Africanism and Afro-Americanism in increasingly relevant and poetic ways.  The opening title track—all stilted piano and, at the end, blustery saxophones—finds him rapping about contextual kings, and he’s not talking about milquetoast old England.

Much like Ryan Coogler’s film, the Black Panther soundtrack turns African nationalism into a ghettoized contemporary setting.  You can hear it in the beats—Yoruba talking drums and Bayaka water drums (both electronic, of course) blending perfectly with trap hi-hats.

The prose hunters will be happy to know that Kendrick has now taken on the personas of both T’Challa and Killmonger (adding to a collection that includes Kung Fu Kenny, K-Dot, good kid, crack baby, and a host of others I’m probably forgetting).  He’s playing two sides here; hero and villain—from “king of my country” to “King’s Dead.” In this way, the occasional altered voice saying “I am T’Challa” keeps in line with “pimp pimp hooray.”

Yet when Kendrick gives up center stage, the record does not lose momentum.  Neo-soul reigns supreme with the lovable Khalid and the sultry-yet-ominous Jorja Smith.  Rapper’s rap gets an adrenaline shot with Vince Staples and Ab-Soul.  And pop hooks abound thanks to SZA and The Weeknd.

There are a couple experimental tunes that are more post-Pablo than post-Yeezus, which is a fruitless metaphor if you don’t actually listen to the songs.  Industrial sub-synths bring danger to “Opps” and minimal melodies give “Bloody Waters” a static quality, but they are not call-backs to Kendrick’s 2015-16 jazzy avant-garde inclinations.

When Black Panther goes for airplay (“All the Stars” and “Pray For Me” have the catchiest guest spots on the album), rest assured it is easily accomplished, yet it doesn’t compromise Lamar’s leftist tendencies at all.  When Zacari is given a spotlight on “Redemption,” he’s still singing a Kendrick song, which is this album’s greatest trick—Kendrick Lamar is so all-encompassing here that his vision shines through even when he is nowhere near the mic.

The best song, without question, is Jay Rock’s “King’s Dead,” which features a verse to rival his own on “Money Trees.”  When the song abruptly takes a left-turn (“Red light/green light”), you can’t help but dangle your jaw until someone else props it back up for you.  TDE takeover back on schedule?  The ScHoolboy Q feature (“X”) is brashly annoying, just like the best of ScHoolboy Q.

However, Kendrick Lamar is such a force that Black Panther may actually be his worst, and I mean that without any intonations of disrespect.  The fact that this statement can even be considered is a testament to Lamar’s unbelievable artistic success.

Whatever his next project will be—mixtape, compilation, album, or opus—I cannot fucking wait.