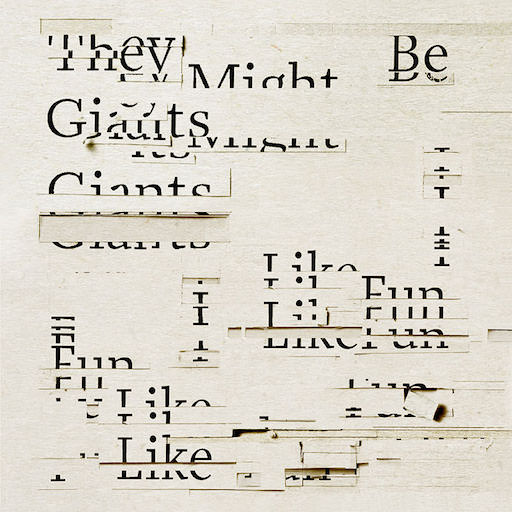 The quirkiest and most idiosyncratic band of their era are still chugging along 30 years down the line, delivering a mission statement that has been the defining motto of their career: “I Like Fun.”

I’ll always have a soft spot for these artsy geeks—their late-‘80s/early-‘90s peak gave us no less than 40 endlessly re-playable songs. Not only that but Johns Flansburgh and Linnell were at one time the most clever lyricists in rock.

They Might Be Giants can still occasionally hit the mark in a way that only they know how (jaunty piano in “Let’s Get This Over With,” joyful power-pop in “I Left My Body” and transcendent metaphors in “Push Back the Hands”), but not as often and not with the same amount of biting wit. Even though they still have 25-year-old voices, the two Johns are pushing 60—I hope they get old before they die.

For a while now, TMBG has cut back on the absurdities (accordions, samples, vocal tricks, jokes) in favor of a more traditional rock approach. I Like Fun is perhaps the most straightforward album of their career—the drums are real, and the guitars (plural!) do more than just riff.

Having come of age around the time of White Noise, Flansburgh and Linnell are at their best when delivering pop culture satires in superabundance. With a backing band, the songs aren’t fit to delve into wacky territory, even when it would seem fitting. Postmodernists in repose, They Might Be Giants has not taken a creative risk since Here Come the ABCs.

At its best, I Like Fun is better than latter-day Weezer. At its worst, it comes off as annoying as They Might Be Giants always has. Verdict: not all that great, but it will be a sad day indeed when these guys call it quits.