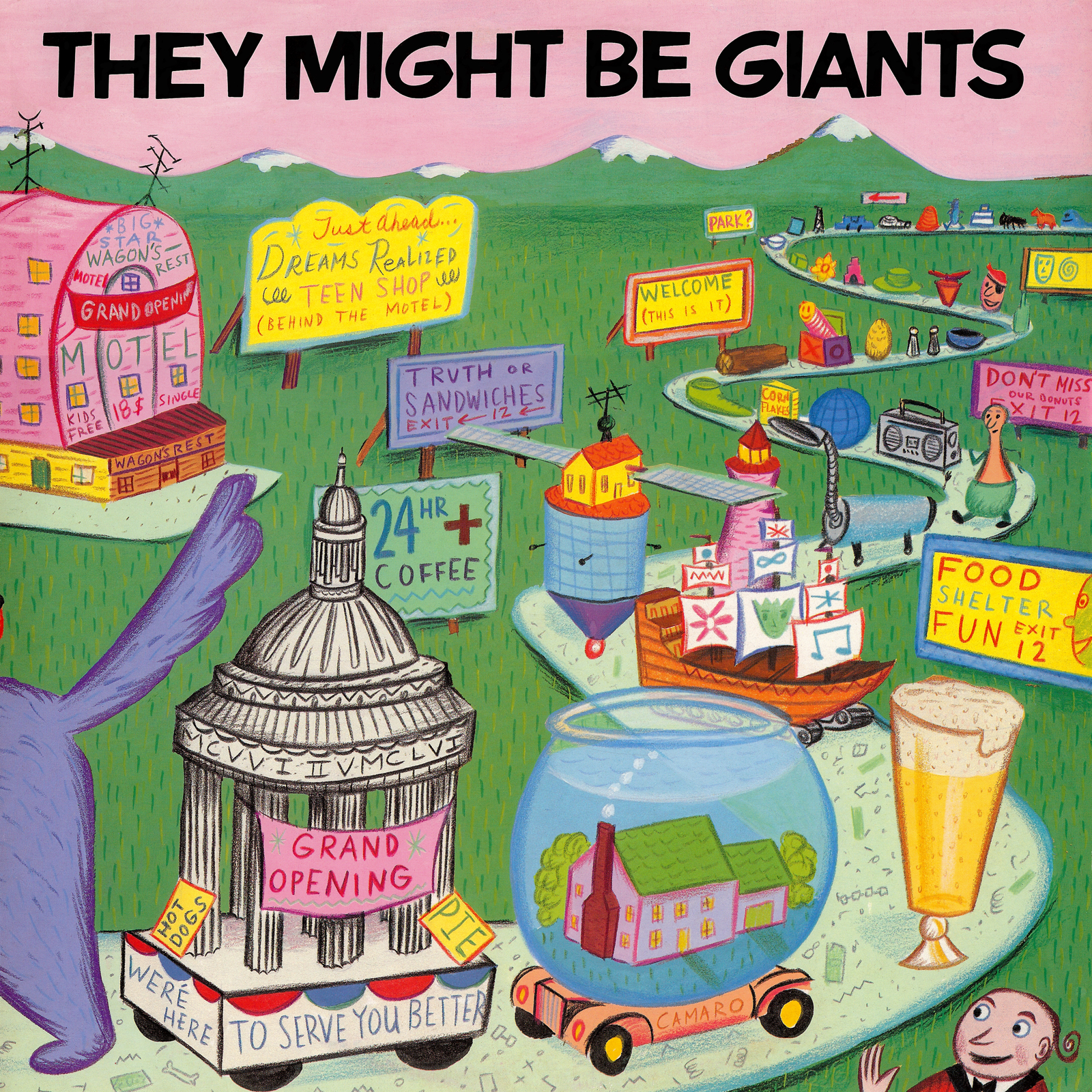 Sometimes a band just strikes a chord with you.  Sometimes, it’s only a single note, quirk, vocal inflection, etc. that endears them to you.  They Might Be Giants were the most admirably idiosyncratic band of the 1980s, and their self-titled 1986 debut is as addicting as the crack cocaine that was plaguing the nation at the time.

Not that TMBG take any particular interest in relevant social issues.  Two dudes named John (Flansberg and Linnell), a short story’s worth of witty abstract lyricisms and 19 uber-eclectic tunes that hold your complete attention for the entire 38 minutes—this is unadulterated dorm-room fun.

They might be giants, they might not be, and that’s the overall point.  The songs range from purposefully annoying to insanely catchy.  After a while, the annoying becomes catchy, too.

When you’re swapping genres at whim from song to song (polka to folk to shanty to rock to lounge), the overall aesthetic may be hard to pinpoint, but these guys only make more and more sense the more you listen.  An extreme-amateur ethos (analog synths ‘n’ bass, programmed drums, accordions) coupled with a forward-thinking alt-rock flair (“Don’t Let’s Start” is a smash) makes this instantly welcoming.

But, what really makes this so inviting and captivating? The lyrics, the vocals, the perfect pop instincts and the abundant sense of humor.  Sample verse: “Ads up in the subway are the work of someone/Trying to please their boss/And though the guy’s a pig we all know what he wants/Is just to please somebody else.”

Sure, there are throwaways.  They Might Be Giants take the White Album approach to every LP.  Thought “Wild Honey Pie” or “Bungalow Bill” were ridiculous? Try “Chess Piece Face” or “Toddler Hiway,” the latter of which goes “In the mornin’ sun ‘round seven o’clock/The parking lot fills around Toys-R-Us.”

Simple pleasures are what make the world go ‘round, and these guys know it.  The hook is that Johns Flannell and Linsburg make the simple seem clever, as witty and off-the-cuff as the Ramones.  Deceptively simple, I guess, is the preferred term.  That, or cleverly deceptive.

The first five songs are the strongest, with perfect tour-de-force sequencing that tells you everything you need to know.  The vocals, too, are positively unafraid of taking risks.  Songs that are easy to sing along with—in a carefree, embarrassing way—only increase the tremendous replay value.

Opening with “Everything Right is Wrong Again” and closing with a “Rhythm Section Want Ad,” They Might Be Giants (the Pink Album, to purists) is among the most wholesome college rock albums of all time.

They Might Be Giants’ 1986 debut is wise beyond its years