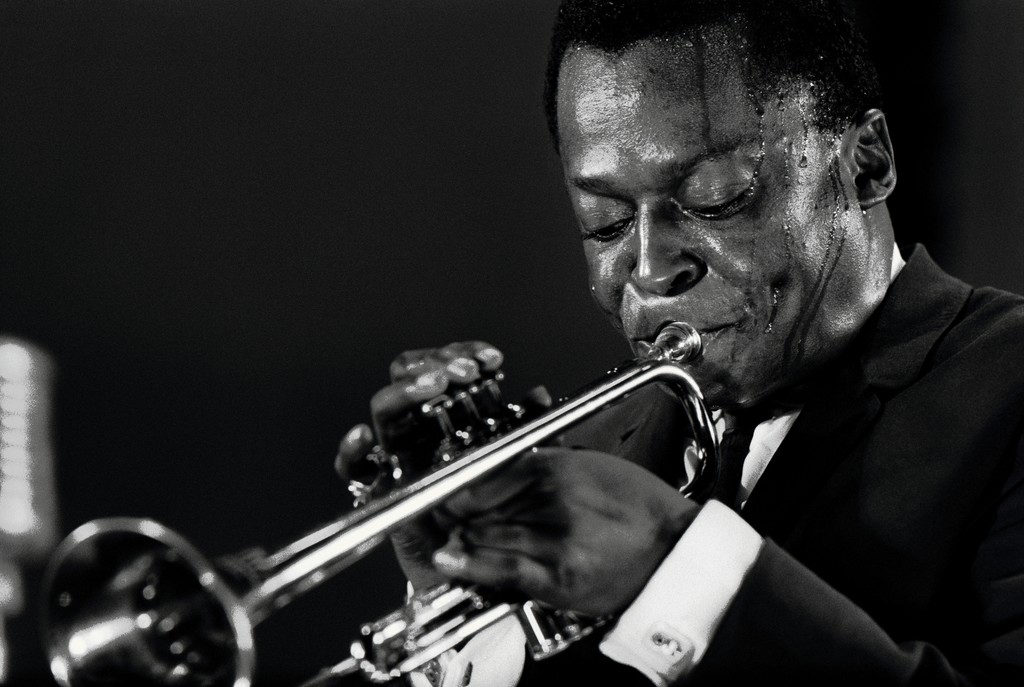 The start of the decade that was the 1960s was a lot like the end of the decade that used to be the 1950s.  Jazz was still the dominant form of music, critically speaking, and was looking to boast some major reform—even more reform than we saw in 1959.  The genre was going through its modernist revolution, which meant that much of the greatest music of the year was proudly left-leaning.

The heavy-hitters still ruled the day, with Miles Davis, Charles Mingus, and John Coltrane solidifying themselves as the era’s supreme talents.  For Mr. Davis and Mr. Mingus, this comes as no surprise—1959 saw the releases of their greatest albums (Kind of Blue and Ah Um) and they had just spent the previous decade absolutely owning the competition.  Sketches of Spain sees Miles sitting snugly—napping, even—in the throne.  Mingus was getting the avant-garde itch around this time, and by scratching he became even more prolific, releasing two underrated albums that made my Top 10.  Mr. Coltrane, however, is a proven talent just now finding his footing and will soon be emerging as Best Jazzman of the Decade.  Giant Steps, indeed.  And let’s not forget about a rising young underground darling named Eric Dolphy…

In the pop sphere, the era is still singles-based.  But there are still some gem LPs; you just gotta sniff ‘em out.  Etta James made a masterpiece with At Last, and her booming voice blows my socks through the windowpane.  And has there ever been any better use of the fadeout?  But if you want something that truly represents the sound of 1960—Elvis is fucking Back, baby!! This may be the King’s best record when all is said and done, though no historian would ever like to admit it.

Albums that missed the cut? The live masterpiece Muddy Waters at Newport and Karlheinz Stockhausen’s krazy Kontakte, because of studio-only and non-classical regulations, respectively.

Others? The Incredible Jazz Guitar of Wes Montgomery, Otis Spann is the Blues and The Rat Race Blues.

A running concept throughout (it’s in the title) makes this an early jazz antecedent to Sgt. Pepper’s, but that’s not all that important.  The real show is Mingus’ mastery of music itself, his reinventions (“Original Faubus Fables”) basically becoming originals.  Mingus keeps things minimal with the quartet base; the usual chaos now controlled.  It’s an emotional listen, the atonal solos often unaccompanied for long stretches of time.  Eric Dolphy makes his presence felt on sax and clarinet, but Ted Curson’s lonely trumpet is perhaps the real MVP.

9. Change of the Century (Ornette Coleman)

Change of the Century doesn’t break any new ground—the ground was already quaked after The Shape of Jazz to Come.  It explores much of the same scorched territory as its predecessor, sort of a Mingus Dynasty to Mingus Ah Um.  Doesn’t mean it’s not worthwhile.  With Ornette Coleman, highly concentrated listening is always a must.  Maybe pack a bowl to go with it.  Then you’ll see sparks fly.

The theorist tries his hand at composition; the teacher becomes the student.  Jazz in the Space Age is not as cheesy as its title suggests, but it is everything its title promises.  Russell himself described “Dimensions” as “a sequence of freely associated moods indigenous to jazz.”  Somewhat third stream, somewhat bebop, all chromaticism—Jazz in the Space Age is truly exploratory.

Forget “Diamonds and Rust,” forget Greenwich Village—forget all that shit.  This is Joan Baez’s finest set of songs, her first, she’s only 19.  Before she was a hippie, before she was even a folkie, really–Joan Baez, her debut, is spare, sparse and ancient.  True rustic folk.  Joan’s voice is inimitable and powerfully controlling, wise beyond her years.  “Silver Dagger” is a rime of old tyme, and it is not updated at all for 1960s NYC—it’s played straight from the Reconstruction.

Joan Baez is one of the best (and earliest) albums from the New York City folk scene, yet it has none of the characteristics—and, therefore, none of the pitfalls—both musically and lyrically, that the scene would become famous for.

Highlights: “Silver Dagger,” “House of the Rising Sun,” “All My Trials”

Ornette Coleman’s The Shape of Jazz to Come was a true watershed moment.  Eric Dolphy was perhaps the most able-bodied carrier of the avant-garde torch—the addition of a cello is key to this recording’s abstract charms.  Through it all is Dolphy, sometimes sounding like a soloist possessed, beamed in from another wavelength.  I like how Out to Lunch is weirder than Out There, which is a good descriptor of this maverick’s music.

For fans of Charles Mingus’ rave-ups— “Better Git It in Your Soul,” and the like—Blues and Roots is the album for you.  This is home cookin’, country fried, swampy and froggy.  Mingus’ bass is more dominating here than on any of his other LPs, and the frequent baritone sax/trombone stews make for sweet, sweet voodoo chile.  Thought it was The Band whom originated the return-to-the-roots trend? Mingus is digging up salt of the earth; blues and roots from plantation soil.

You didn’t think he was gone, did ya? As he croons in that signature Elvis way on opening cut “Make Me Know It”: “Hearing’s deceivin’, seeing’s believin’.” Well, you get the idea.  But, anyways, Elvis is back, and…better than ever? The arrangements are top-notch—big loud barnburners with Beatlesesque backing vocals.  His first two (excellent) albums were very much products of 1956—rockabilly that could conquer the world.  He steps into the new decade with more pop wit than ever before.  I’ll warn you now: there’s some great doo-wop on this record.

What a voice! Blues, soul and swing all wrapped into one swoonful contralto.  While Etta James’ voice is the obvious highlight, the beautiful arrangements (courtesy of the Chess brothers) accomplish the same thing—a forward-thinking blend of blues, soul and swing.  The result is an album with no weak songs, the title track being one of the signature tunes of the decade.

Highlights: “Anything to Say You’re Mine,” “Trust in Me,” “At Last”

The opening title track is—along with Davis’ “Milestones”—the purest distillation of modal jazz ever created.  What a melody, what a chord progression, what a sound.  However, I prefer the slow, mournful ballad “Naima,” the four greatest minutes in the entirety of Coltrane’s legendary output.  These two songs are monuments of jazz, sturdy pillars that will stand the test of time.  The rest of the songs are fun hard bop—similar to Blue Train, but with mesmerizing solos that fall down in sheets of sound.  True to the title, Trane’s making big strides.

This is Miles Davis’ quietest album.  His fourth superb collaboration with arranger Gil Evans (the other three being Birth of the Cool, Miles Ahead and Porgy and Bess), Sketches of Spain finds the G.O.A.T. trumpeter switching to flugelhorn and adopting Spanish manners.  Surprise, surprise; he comes across as untouchable yet again.  This is only a year removed from Kind of Blue—the greatest album of the 1950s  and certainly in the all-time top five.  The fact that Miles releases a second straight masterpiece in such a vastly different style than the first only confirms that he was the greatest musician to walk the planet.

Davis and Evans’ third stream experiments reach their peak here—a seamless, indistinguishable blend of classical and jazz.  The great Manuel de Falla is evoked, and the great Elvin Jones adds percussion; what more could you ask? Sketches of Spain is perhaps the Miles Davis album that rewards most with repeated listens.