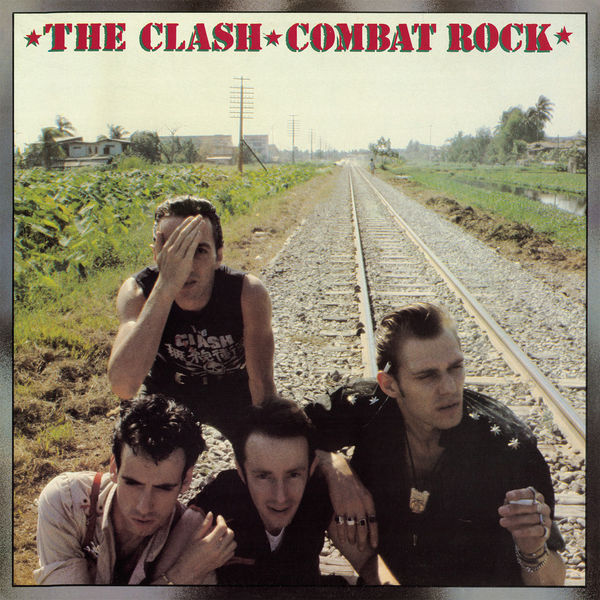 And now for something completely different: here’s my song-by-song review of The Clash’s underrated 1982 LP, Combat Rock.

“This is a public service announcement…With guitars!” The Clash became more overtly political as their career went on, but there’s nothing wrong with that, right? They still rock as hard as they did on “White Riot.”  I absolutely love the repetitive, single-note guitar riff.

Better Jamaican dub than what you would find in Jamaica.

The “big hit,” as they say in the biz. Great division in the arrangements—guitar, bass, drums and vocals have a perfect amount of space between them.  Title question is never answered.

The Clash make a song you can shake yer ass and boogie your hips to.  Or drop bombs to.  “Rock the Casbah” is a song for all occasions—dance-floors and Operation Desert Storm.

Sandinista! had some bad songs, but that was OK because the entire album was over 2 hours—the whole was greater than the sum of its parts.  “Red Angel Dragnet” is a bad song that sticks out like a sore thumb.  It’s too long to be a throwaway, but you’ll end up skipping it nine times out of ten.

Every time I listen to this one, I become more and more convinced that this is The Clash’s greatest song ever.  Or is it just because I love “Paper Planes” so much?

Would fit right in on Prince’s 1999, which was released the same year, yet only The Clash were cool enough to feature a rapping graffiti artist.

If you were drawn in by “Should I Stay or Should I Go” and “Rock the Casbah,” then you have probably realized at this point that Combat Rock is a pretty weird, little album.  Actually, the electronic sound effects in “Rock the Casbah” should have tipped you off.

Catchy, melodic, political—coulda been a hit if it wasn’t for the last part.  Shoulda cut “Red Angel Dragnet” and just let this one play on for three more minutes instead.

The last song of The Clash’s “classic” line-up.  Its anticlimactic nature and defiantly un-Clash-ness (not even drums in this one) is a perfect curtain call for The Only Band That Ever Mattered.

A track-by-track review of Combat Rock