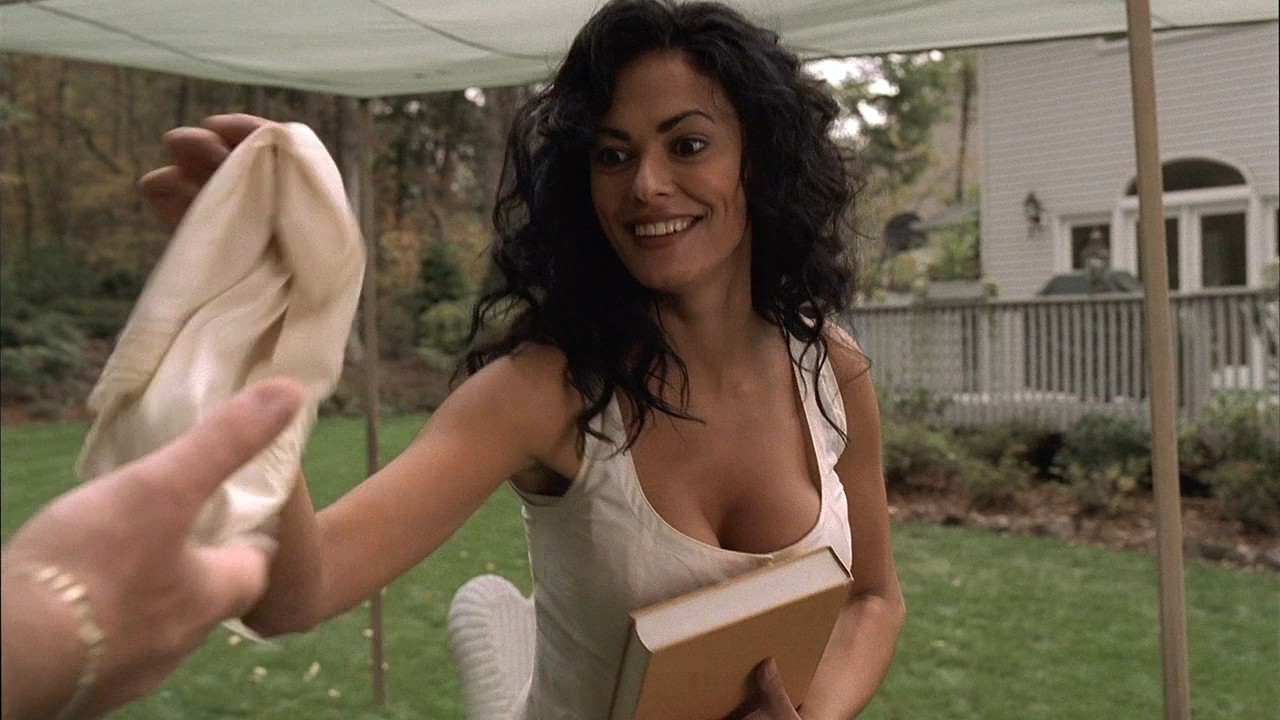 Isabella: “A New Kind of Surrealism”

The few detractors of The Sopranos call into question the show’s frequent detours into Tony’s dreams (especially in later seasons). I can understand where some of these views come from but, personally, I’m a big fan of this aspect. They go a long way in expanding the scope of the show, tossing in a little metaphysical voodoo to go along with with your traditional mob thrills.

Dream sequences have always been common in TV, mostly as an easy way to provide psychological subtext, but rarely does TV lend itself to outright surrealism. Of course, Twin Peaks is the notable exception, but The Sopranos is another series that has avant-garde ambitions.

Because David Lynch owns the monopoly on modern-day dream sequences, it’s hard to come up with something that is both surreal and unique. However, David Chase and The Sopranos are able to craft a one-of-a-kind brand of subconscious showmanship with nary a rip-off in sight.

Even though some of The Sopranos‘ earlier dream sequences could be dubbed as “Lynchian,” the dreams depicted in “Isabella” have their own signature touch. The trick is that the dream sequences are based in realism. The dreamers don’t act any differently than they would in the waking world, and so the otherworldly quality has a grounding in reality.

Since the events of last episode, Tony has gone into a depressive state. He spends his days in bed, and mentions suicide more than once, which prompts Melfi to up his dosage of lithium. The only thing that can rouse him out of bed is the foreign-exchange student who is staying at the Cusamano’s house. Tony goes over to meet her, and is benumbed by her busty physique, her broken English and her long black curls.

In a separate encounter, Tony takes Isabella out to lunch, and, enraptured by her beauty, has a fleeting vision of her in an old country house in Italy, a newborn baby suckling at her breast. The scene is strangely awe-inspiring, a subconscious hallucination stemming from his own mother’s lack of love.

The big shock is that the entire thing was just a subconscious hallucination — Isabella was just a figment of Tony’s imagination. Even a scene earlier in the episode, in which Carmela made a comment about Isabella, is rendered null and void as she denies it ever having happened. Everything took place in his mind.

Throughout the episode, the wind blows heavily in the background, carrying the surreal qualities of Tony’s dreams into reality. The main mob storyline carries the same askew atmosphere we see in the scenes with Isabella, and it’s all gorgeously rendered by director Alan Coulter (director of “College” and, later, “The Test Dream”). He seamlessly connects the “feel” of both worlds, part of what makes this episode so great.

While Tony is busy sleepwalking through his daydreams, Uncle Junior — at the behest of Livia — has ordered an assassination on his own nephew. Typical of The Sopranos, the two African Americans who are hired to do the job fail miserably and hysterically. Even the depressed Tony cracks a laugh as he escapes his would-be assailants, but not before he crashes his own car.

At the hospital, Agent Harris briefly talks to Tony and Carmela about a potential witness-protection deal. It’s another great scene, once again underlying Tony’s two families. The exchanges between Tony and his wife are perfect.

“What are you, some kid in a treehouse?”

The therapy scenes also remain top-notch. We get to chart Tony’s emotional path throughout the episode — from severely depressed (“I’m like King Midas in reverse. Everything I touch turns to shit”) to having a newfound lust for life (“You know, when I was depressed, I said I didn’t wanna live. Well, I’ll tell you something. I didn’t want to die. Every fuckin’ particle of my being was fightin’ to live”). The attempt on Tony’s life has fueled him with a new sense of purpose, and he anxiously awaits the moment of reckoning as the episode closes.

“Isabella” is largely a meditative episode, but it closes with Tony — and the viewers — amped up for the carnage that’s about to go down in the finale. A calm before the storm is necessary, but few episodes are as captivating as this one.

When it comes to surrealism, “Isabella” is one of the most original installments in TV history.