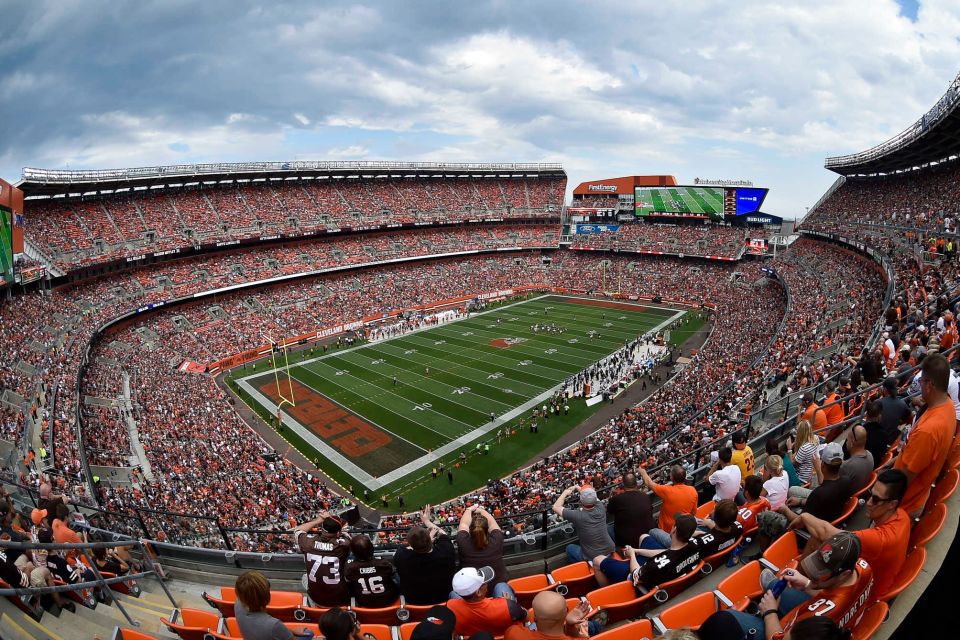 We’ve seen our fair share of tough losses, haven’t we?  Do you remember where you were during the end zone pass interference against the Lions?  How about last year on Monday night when Ravens safety Will Hill returned a blocked field goal 64 yards as time expired?  I remember where I was: shouting profanities inches from my TV.

The so-called experts were calling for this 2016-17 Browns team to possibly be one of the worst of all time.  I read somewhere that they were predicted to start off 0-14.  I largely disagreed because I was filled with hope fueled by RG3 hype, Terrelle Pryor preseason highlights, Josh Gordon’s looming return, and rookie wide receiver Corey Coleman.

I still don’t think this is the worst Browns team of all time.  But so far, 2k16 has been a year from hell for the Browns and we’re only 2 weeks in:

Week 1, the offense flounders, Carson Wentz (the guy the Browns brass deemed unsuitable to draft at number 2) looks like a future All-Pro and ravages the defense he’s lucky he doesn’t have to carry, and RG3 goes down for most likely the entire season with a busted shoulder.

That was pretty bad—there was nothing unfamiliar about the game itself (even a high snap out the back of the end zone carries a sense of camaraderie on the Cleveland streets), but the circumstances surrounding the loss were quite a new experience.  But the Browns out-Browns’d themselves for the follow-up.

Josh McCown got the start and came out on absolute fire—fire as hot as the hell that a certain former Browns QB will eventually find his permanent residence.  A quick drive and a TD pass to rookie Corey Coleman, an 85-yard TD by Isaiah Crowell, a Joe Haden interception, another TD pass to Corey Coleman—will the ever-embattled McCown be able to lead us to the promised land?

This was all still in the first quarter.  Should we have known that it was inevitably a classic case of “too much, too soon”?  Yes, we should have, and I silently felt it in the back of my mind.  After Coleman’s second touchdown catch, the score was 20-0.  The ensuing extra point was blocked and returned by the Ravens for two points.

Blocked extra points returned for 2 points isn’t something that is supposed to happen ever.  It’s rarer than a safety—the Holy Grail of NFL scoring.  Even when it happened in Notre Dame’s epic game against Texas a week ago—y’know, college football: where crazy shit happens all the fucking time—it was surrounded by an awed moment of shock and disbelief.  When it happened to the Browns yesterday, you knew that the end was nigh.

Even though it was 20-2, I knew the Browns had already lost.  I had already prepared myself for the embarrassment that was about to come.  Flacco and the Ravens offense managed 10 points in the final two minutes of the half and it was a one score game just like that.

Sure enough, the Ravens methodically came back in that Ravens way: Flacco playing great and terrible at the same time, the defense becoming stifling, a barrage of Justin Tucker field goals.  And sure enough, the Browns ruined a chance to win by being called for unsportsmanlike conduct after a play that got them to the 10 with only a few seconds left.

And sure enough, Josh McCown—who really did play a great game aside from the turnovers and showed the true potential of this offense—injured his shoulder.

I’m all for it though.  If you thought the Browns could compete this year and make the playoffs, or even go 7-9, then shame on you (and me).  For now, I’m trusting in the Moneyballers Paul DePodesta and Sashi Brown, the so-called analytics wizards.  They’re stockpiling draft picks and Cleveland should realistically have number one come June.  They’re in full-tanking mode now. Take a quarterback there and play for 2018 and beyond.

My friends, I predict this will be the last year of the Dark Ages for the Browns.  Greener pastures are ahead (considering the Moneyballers actually know what they’re doing), but this final Dark year might be the darkest one yet.  I say hang on and enjoy the ride, because we’re probably about to see some things this year that we never could have dreamed were possible, not in the remotest corners of our collective nightmares.  The next stop: Miami.