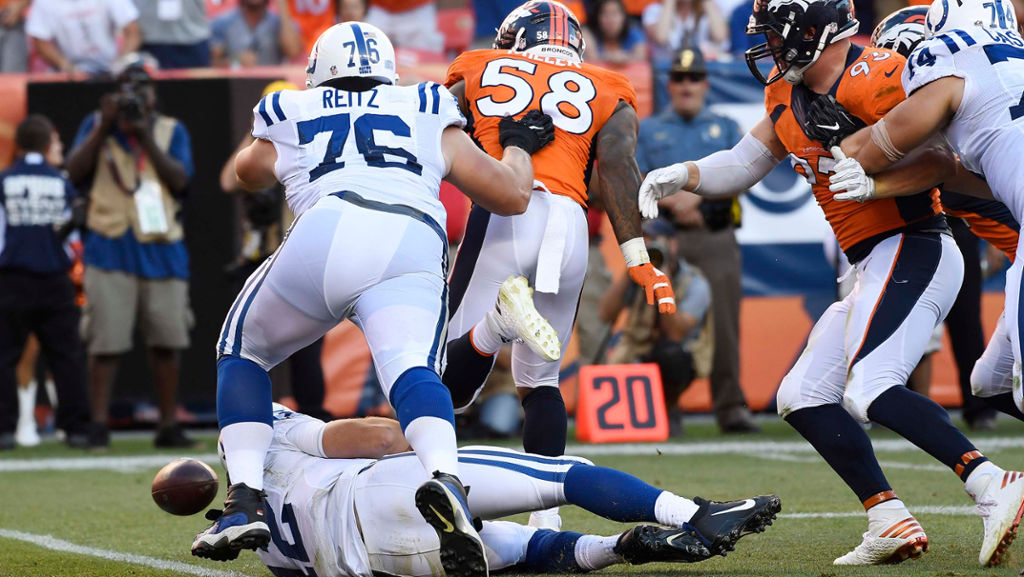 A shakeup at the top of the rankings – the team that is now number 1 probably should have been number one all along.  As for the rest of the league?  It was a relatively quiet week of football: the calm before the storm, I like to say.  Read on.  Nothing is as it seems…

They are truly unstoppable at home and it doesn’t even matter how Trevor Siemian plays.  This defense has me believing that another Super Bowl is possible. (Last week: 3)

Jimmy Garoppolo, the most handsome boy in Boston since a certain fella named Tom Brady, goes down with a shoulder injury and it’s up to Jacoby Brissett to lead the Patriots to victory.  Is this all part of Belichick’s plan? Of course, it must be.  This is only the tip of the iceberg. (Last week: 1)

A win in the pouring rain—a hated AFC North rivalry renewed in fitting conditions.  The fact that there was no attempted murder in this game comes as a bit of a shock.  Big Ben gears up for the Last Dash. (Last week: 3)

Who better to take out your anger of losing to Jimmy G on than Bucs quarterback Jameis Winston?  The Cardinals were angry alright, and they know how to deliver a no-funny-stuff ass-whooping. (Last week: 6)

The Panthers continue their habits from last year—jumping out to a huge lead, playing a little sloppy and letting the team back into it, and then taking care of business at the end.  They’re just looking out for the viewers.  This strategy manages to keep us awake during games against Blaine Gabbert and the Niners. (Last week: 8)

Hasn’t Eli Manning proven to be ageless?  He’s been at that same consistent level of Eli-ness for the past ten seasons.  (Last week: 13)

Similar to the Broncos, the Texans are winning games with their defense, not with a twilight -Peyton backup.  Nevertheless, Brock O has quietly been doing well for himself.  I am really looking forward to an Osweiler-Siemian-Garoppolo rivalry in 3 years. (Last week: 18)

For the last two years, Cincy was able to pull out the close, ugly divisional contests.  This year they may not be so lucky, having also escaped with a close one against the Jets on opening weekend.  (Last week: 9)

There lies in the heart of Lambeau a secret hatred between Aaron Rodgers and Mike McCarthy.  You know it exists, you can feel it in the air. (Last week: 4)

Ryan Fitzpatrick returned to Buffalo and buried some personal demons.  The offense and defense are capable of humming at a high level, but haven’t hummed in synchronicity yet.  (Last week: 11)

Russell Wilson is lucky he only has to play Greg Fisher’s Rams twice a year.  The Seahawks have a recent history of looking shitty against L.A. nee St. Louis, but the problem is they have looked incredibly shitty in both games so far.  (Last week: 7)

I called the Chiefs “exciting” last week.  I’ll eat my words for now, but Alex Smith does have a knack for keeping things close.  I want the Chiefs to succeed, but I don’t want to pay the price. (Last week: 5)

Flacco is back to his elite ways: throwing two interceptions while overcoming a 20-0 deficit to the Cleveland Browns. (Last week: 15)

Carson Wentz may be a future star, but I’m still skeptical: his trailblazing has come against the Browns and the Bears.  Also, I’m still fuming that the Browns passed on Carson Wentz. (Last week: 22)

These young Raiders may be the most exciting team to watch, but consistent shootouts can’t become the norm, especially any involving a loss to the Atlanta Falcons.  Jack Del Rio showed his huge balls once again but they backfired. I’m referring to his decision to go for it on 4th down late in the game.  (Last week: 10)

Throw Dak and Wentz into the inevitable Oswelier-Siemian-Garoppolo rivalry.  Other than Jimmy G, Dak’s looked the best of the bunch.  (Last week: 24)

Last week’s “blown 21-point second half lead” becomes a “close overtime loss to the Chiefs” thanks to the follow-up, “a slaughtering of Jaguars”. (Last week: 25)

Matt Stafford, you blinked and you missed it.  You had the lead, you closed your eyes, you turned your head, and it was gone. (Last week: 14)

Jameis comes back down to earth, and rightfully so.  Flavor Flav: “Don’t believe the hype” (Last week: 12)

Can the Falcons contend for a wild card this year?  Chances are slim, but it may be possible.  But probably not.  The best thing involving Atlanta this year is Donald Glover’s new FX show, Atlanta. (Last week: 28)

Jeff Fisher is keeping his job purely based on his gritty victories over Seattle every year.  The Rams will at least go 2-14 every season as long as Fisher’s there.  (Last week: 32)

Uninspiring wins are responsible for uninspiring things to come.  I pine for the good ol’ Zach Mettenberger days. (Last week: 29)

The Ryan Tannehill praise needs to stop.  Only Tanny can throw for 300 yards in the second half of a game and still not look like he’s doing anything.  All this “praise” is disguising the fact that the Phish have yet to win a game. (Last week: 20)

Meanwhile, this latest incarnation of Drew Brees just happens to be Ryan Tannehill w/ a prior reputation.  If it didn’t look like he did anything against the Giants, it’s because he didn’t.  (Last week: 19)

Blaine Gabbert will eventually become Josh McCown someday but that is much farther on down the line.  (Last week: 26)

Biggest coach cop-out so far this year is Rex Ryan: “I never expected this.” (Last week: 21)

“You like that?”  Kirk—and there are a bunch of us now—we once again did not like it.  Your ass is now on the line, Mr. Cousins.  I answer your question with the same question: “Do you like that?”  (Last week: 27)

Blake Bortles cannot stop throwing interceptions and it is costing him everything he once held dear.  (Last week: 17)

The Cubs have clinched their division and all is well in Chi-Town.  When the Cubs end their centuries-long World Series drought in October, do you think it will matter if Jay Cutler has a hurt finger or the Bulls’ backcourt won’t be able to hit a jump shot? (Last week: 32)

After the Cavs won their championship, the infamous Browns quarterback jersey was declared to be retired.  A whole new QB jersey may be necessary to encapsulate just this season.  Rookie Cody Kessler will be the third starting QB in three games and Charlie Whitehurst is sure to start somewhere along the line.  (Last week: 31)