Culled from re-recordings, previously released material and five brand new ones, Chuck Berry’s sophomore LP finds the godfather of rock & roll in rare instrumental form for 12 scorching tracks. This may be the finest group recording that Berry and his bands ever released. As usual, his guitar is infectious — everyone from Keith Richards to Curt Kirkwood owe Chuck a piece of their career. Continue reading…

Recorded at the same 8/7/58 Five Spot Café concert that produced the more famous Misterioso, Thelonious in Action once again finds the Thelonious Monk Quartet in fine form. Although history dictates that Misterioso is the superior product, every Monk recording is worth owning, and this lesser-known companion LP is no different. Continue reading… 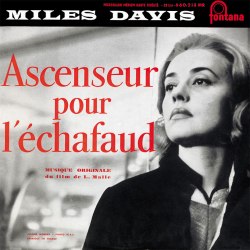 The stark and minimal soundtrack perfectly complements the film’s overall tone. Ascenseur pour l’échafaud‘s marriage of imagery and sound was unprecedented — Davis’ trumpet had never sounded lonelier, laid completely bare amidst the noir setting, almost as if he was playing in high contrast black and white. Continue reading…

Duke Ellington’s original Black, Brown and Beige — released in 1946 on two 12” phonograph records — was 16-minutes-long. The overall scope and ambition of the orchestral suite was decades ahead of its time.  This 1958 re-recording takes advantage of the LP format by letting the suite luxuriate for as long as originally intended. It’s not so much a re-working of the original piece as it is a complete re-imagining. Continue reading…

Good jazz played by very good musicians. Enjoyable yet nondescript, something I’ll hopefully not forget about in a couple days.

Six of King Creole’s 11 songs are shorter than two minutes, seven feature an exuberant horn section, one is à capella and one more is a duet with jazz singer Kitty White. Who knew that King Creole — a soundtrack — is actually Elvis Presley’s most underrated album?

Jerry Lee Lewis’ career was derailed once the press got a peak at his personal life, but the undeniable power of his music remains. Nobody defined rockabilly more than the wild-man who played piano with his fists and married his 13-year-old cousin.

The most innovative pianist in jazz history meets the world’s most talented drummer. Initially, it seems that Thelonious Monk’s herky-jerk rhythms and start-stop melodies are too chaotic a contrast to Art Blakey and the Jazz Messengers’ aggressively uptempo style. In the end, however, Art Blakey & the Jazz Messengers — including tenor sax player Johnnie Griffin — prove to be the perfect match for Thelonious Monk’s angular arrangements and complex compositions. This collaborative LP only goes to show that Monk’s musical personality meshes well with anyone, and that Blakey’s thunderous drumming deserves top billing. 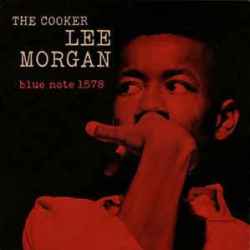 This just might be the hardest hard-bop ever recorded. Lee Morgan’s trumpet solos are fiery, but the rhythm section of Paul Chambers and Philly Joe Jones is even more powerful. They provide the sturdy backbone necessary to sustain such bedlam.

Morgan had already studied under the likes of Dizzy Gillespie and John Coltrane, but The Cooker was his official arrival on the jazz scene. Perhaps most impressive is the fact that the young trumpeter was only 20-years-old when the session was recorded. 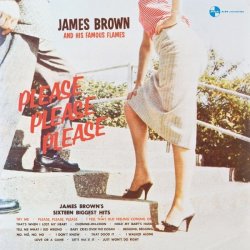 Combining R&B, doo-wop and a little rock & roll, Please Please Please ignites James Brown’s inner sex machine and never runs out of gas. The sheer amount of energy contained in every song puts other R&B of the era to shame. It’s a perfect album for any occasion — dance to it, sing to it or fuck to it.