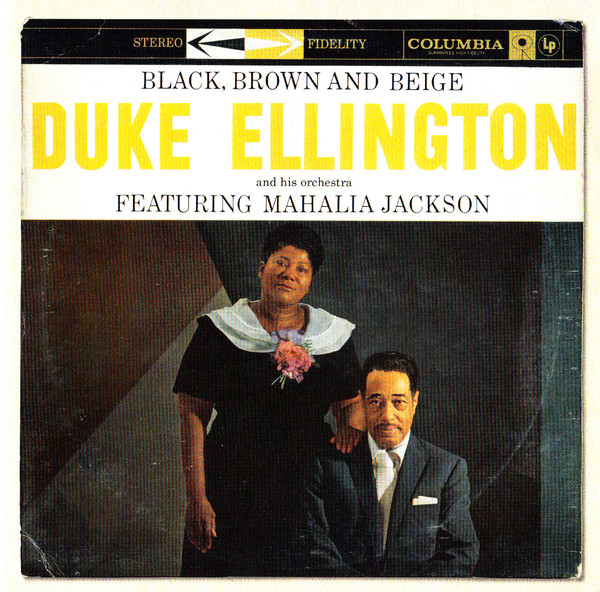 Duke Ellington’s original Black, Brown and Beige — released in 1946 on two 12” phonograph records — was only 16 minutes long. Nevertheless, the overall scope and ambition of the orchestral suite was decades ahead of its time. The 1958 expanded re-recording lasts just over 36 minutes and features a new and improved technical sheen. It’s not so much a re-working of the original piece as it is a complete re-imagining.

Just like he did with his earlier Masterpieces by Ellington, the Duke takes advantage of the LP format by letting the suite languish for as long as originally intended. Here, the “Black, Brown and Beige” suite is divided into six sections that stretch for over 35 minutes. Saxophonist Harry Carney and violinist Ray Nance play the same roles as they did 15 years prior, long-standing pillars of the Duke Ellington Orchestra. And Mahalia Jackson’s strong, bluesy vocals provide an extra dimension: the genuine emotion that was missing back in ’43.

Nevertheless, the piece — which is nowhere near “Harlem” or the “Liberian Suite” in terms of Ellington’s extended suites — could have benefitted from a little more editing.