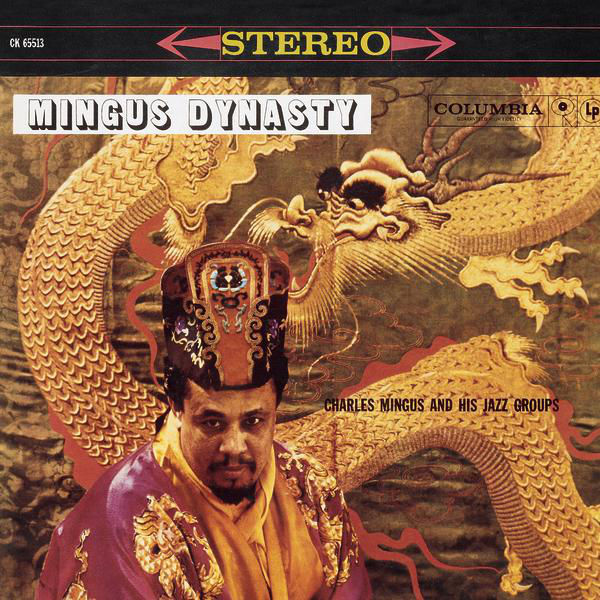 Mingus Dynasty, originally released in May 1960, is something of a transitional album for Charles Mingus. A few of the songs (“Slop,” for one) are holdovers from Mingus Ah Um and Blues and Roots, while a couple others (namely the closing “Put Me in that Dungeon”) point the way toward future endeavors. Nevertheless, this freewheeling approach is a solid all-around showcase for Mingus’ many talents.

The obvious highlight is “Diane,” which features a tremendous piano solo from Roland Hanna. In fact, Hanna is the star performer throughout the album, consistently delivering great phrasing and indelible hooks on every song.

As is often the case with a Mingus album, Mingus Dynasty takes us on a tour through musical history. In addition to early jazz, blues and gospel, Mingus is influenced by Béla Bartók, Eastern European folk music and the songs of the Far East (the album title refers to Mingus’ Chinese ancestry). The album has a wide-ranging sound, which causes Mingus Dynasty to be overlooked and underrated within the context of Mingus’ legendary discography.

However, if an album this good and inventive is considered “overlooked,” then Charles Mingus must surely be one of the greatest jazz artists of all time. Mingus Dynasty is a solid addition to any fan’s collection.