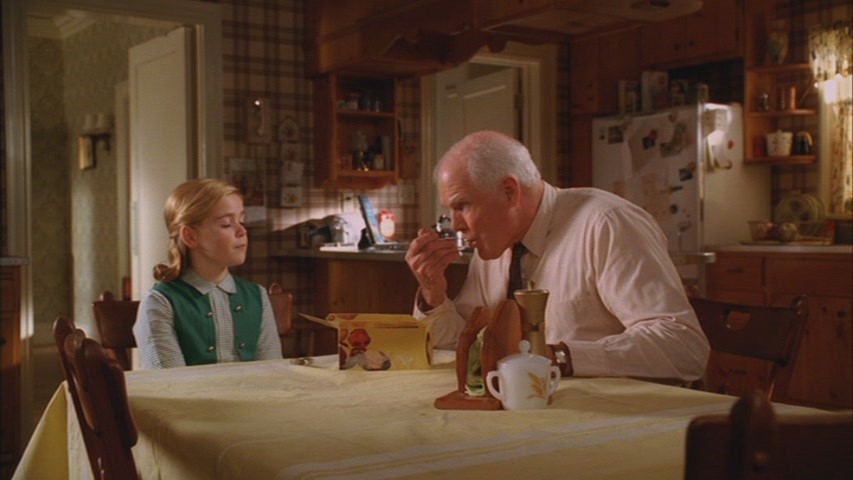 “The Times They Are a-Changin'”

Despite Mad Men’s bright colors and glamorous setting, there is always a sense of impending doom hanging in the background. That’s because we’re able to view the 1963 storyline from a modern perspective, while the characters have no idea what the future holds. They sit back and laugh about the current state of affairs, unaware that their way of life is about to change dramatically.

Unfortunately, however, “The Arrangements” is one of Mad Men’s least inspired episodes. The themes may be universal — death, aging, the strained relationships between parents and children — yet the execution leaves much to be desired.

“The Arrangements” is probably best remembered as the episode in which Grandpa Gene (finally) dies. It’s a necessary chapter for season three as a whole, closing the book on one of the series’ most insipid storylines. Nonetheless, it makes all his appearances in the episodes prior feel like a waste of time, which is something we suspected from the start.

First introduced in season two, Betty Draper’s extended family has always typified the series’ worst tendencies: annoying characters, soap opera storylines and a pretentious sense of self-importance. “The Arrangements” does little to change our minds; in fact, these flaws bleed into the rest of the episode, as if all the worst aspects of season two are being magnified.

Peggy Olson has another argument with her Catholic mother, Bobby Draper remains the worst actor of all time and the Sterling Cooper executives take advantage of a dumb client peddling Jai Alai as the next great American pastime. The only character who can save an episode like this — Donald Draper, of course — is given a light workload this week.

Predictably, he’s still at the center of the episode’s two best scenes: 1) a pensive moment when he contemplates a photo of his father, circa 1928, wondering if he’s turned into the very man he hated, and 2) a lighthearted piece of slapstick in which he accidentally shatters an ant-farm with an errant Jai Alai toss.

Perhaps the episode’s most memorable scene, however, is when Sal Romano performs a rendition of “Bye Bye Birdie” for his wife, who immediately realizes that she married a homosexual. Even though it’s a moment of deeply-rooted tragedy, I have to admit that I’m sick of hearing the song.

All in all, “The Arrangements” is as forgettable as they come, one of Mad Men’s very worst episodes. Luckily, this is just about as bad as the series will ever get. Despite its shortcomings, the installment still remains a very watchable episode of television.