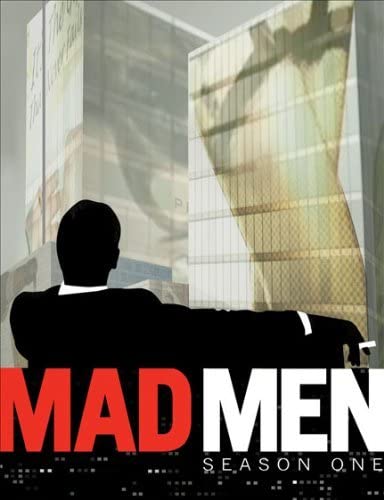 In true Mad Men fashion, season one gets off to a slow start. Set in Manhattan in 1960, the series depicts the daily lives of Madison Avenue businessmen, centered around a charismatic advertising executive named Don Draper, but … nothing really happens? Despite the show’s stylish aesthetic and impressive attention to detail, the early episodes can often be mistaken for boring.

Aside from the sophisticated pilot, the early episodes of Matthew Weiner’s workplace drama has a hard time holding our attention. Who cares about office gossip or Lucky Strike cigarettes or suburban housewives going to therapy? No matter how elaborate the costume designs are, I still don’t give a damn about Pete Campbell.

But just when you think Mad Men lacks depth and originality, something remarkable happens. As a matter of fact, the transition is so subtle that you don’t even realize it. About midway through season one, Mad Men’s leisurely pace and slow-burn approach causes us to care for these characters deeply. Even though they make more money than us, we relate to the complexities of their everyday lives. Their problems are our problems, and Donald Draper is no different than you or I.

Who knew that a sales pitch for cameras could pack such an emotional wallop, or that a show about advertising could tell so much truth?

The central mystery of Mad Men season one — the secret of Don Draper’s past — keeps our attention, but the plot will never play an important role throughout the series. Instead, series creator Matthew Weiner wants to examine the complex nature of humanity through the prism of a few infinitesimal lives. In its ambitions and aspirations, Mad Men is the clear heir apparent to The Sopranos (which was just finishing its iconic run when Mad Men debuted in 2007).

But the main thing that sets Mad Men apart from its contemporaries is its reliance on internal stakes. Instead of mob bosses or drug dealers or crystal meth kingpins, Mad Men focuses on (relatively) ordinary people. For action, look to the interaction. For excitement, turn up the volume. It’s all part of why Mad Men is the greatest character study in TV history.

However, the series still has a long way to go. Season one can sometimes feel like the show’s most “aimless” chapter. That’s because the subtle storytelling model doesn’t yet make sense. It isn’t until the masterful season finale, “The Wheel,” that we truly comprehend the emotional highs that this series is capable of. From the end of season two onward, Mad Men will rightfully stake its claim as one of the greatest TV shows of all time.

But for now, Mad Men is perfectly content to be perfectly average. The show is never pretentious, yet it’s always poignant, which is why it resonates so easily. And even though Donald Draper is the world’s most interesting ad-man, his charisma is so casual and effortless that everything he does is worth watching. He’s not just an advertising executive; he’s a way of life.

His climactic “Carousel” speech in the season finale perfectly sums up the series’ entire ethos — the powerful yet dangerous allure of nostalgia. Set in 1960, Mad Men isn’t a trip down memory lane; it’s a long, hard look in the mirror. And it’ll only get better from here.