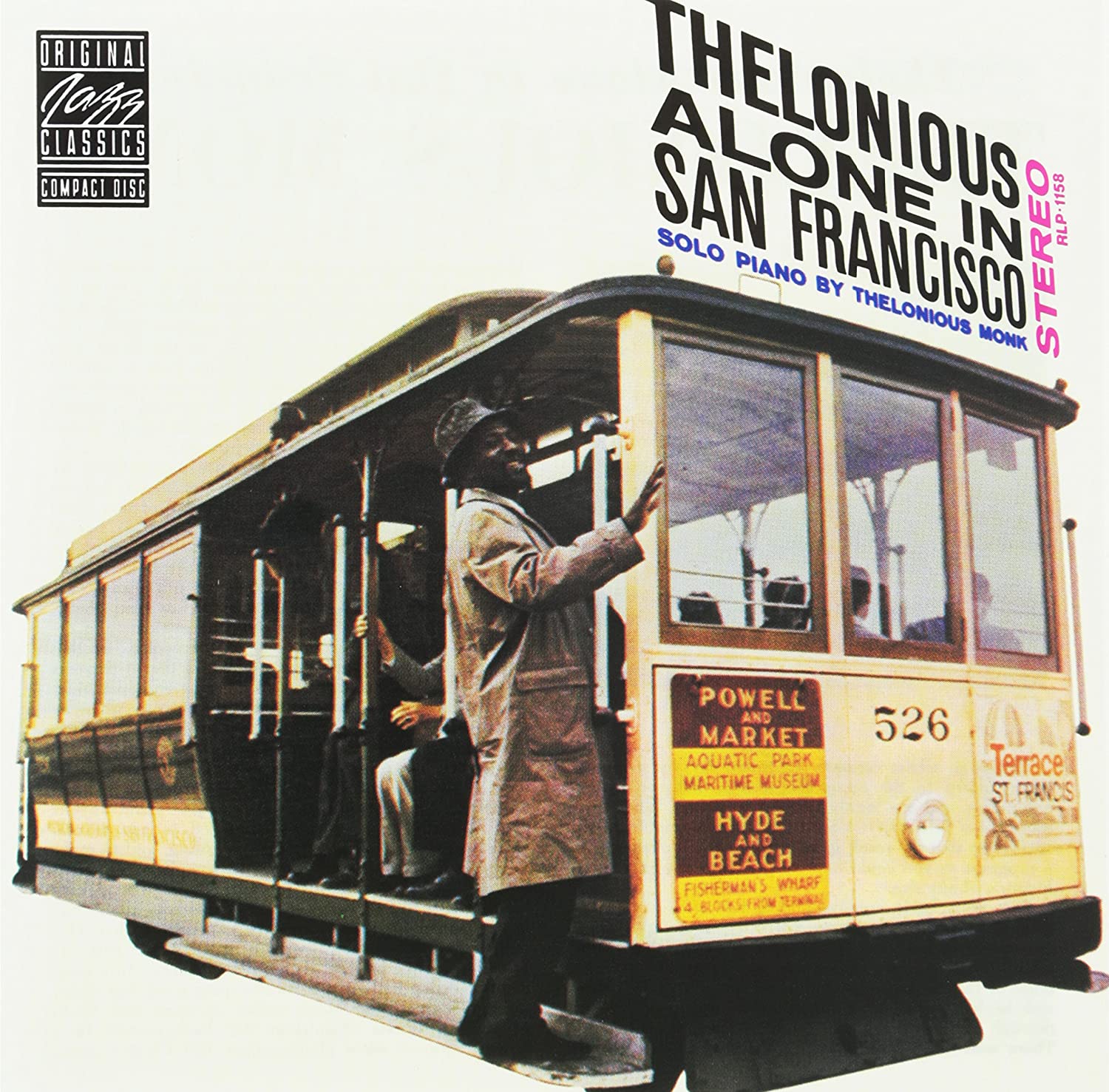 They say you never hear the same Thelonious Monk song twice. That’s especially true on this 1959 solo LP recorded in San Francisco, in which the Genius of Modern Music transforms familiar melodies into something new. Take “Pannonica,” for instance—on Brilliant Corners, the tune was a surreal ballad filled with lush vibraphone; on Thelonious Alone in San Francisco, the song becomes a ghost of its former self, punctuated by false starts and perfectly-timed hesitations. Without any backing accompaniment, the quirks and idiosyncrasies of Monk’s unorthodox style stand out even more.

This left-field style remains persistent throughout the entire album. While not as haunting as Thelonious Himself, nor as delightful as Solo Monk, this oft-forgotten solo piano showcase is another reminder why Monk was the most singular jazz musician of his era.