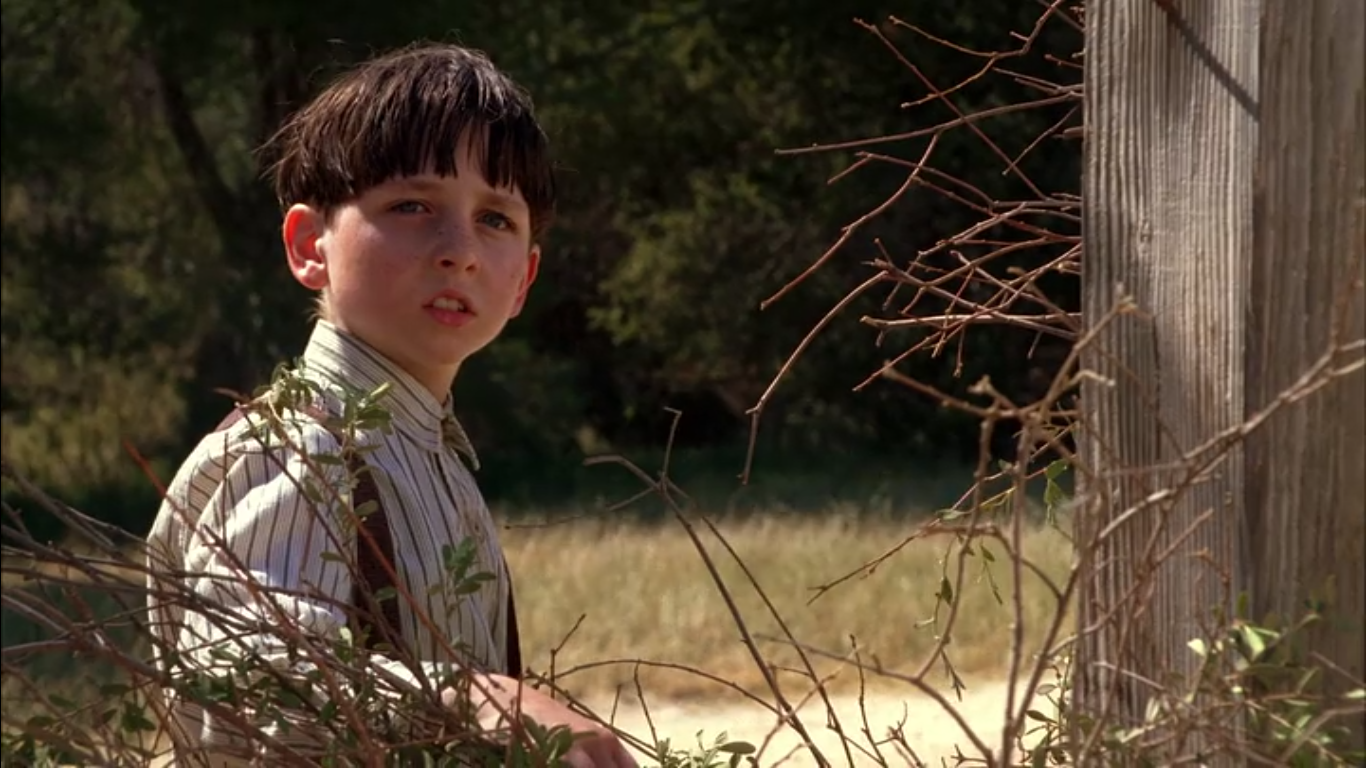 Halfway through “The Hobo Code,” Bertram Cooper inexplicably gives Donald Draper a $2,500 bonus, and then describes our main character’s personality to a tee: “You are a productive and reasonable man, and, in the end, completely self-interested. It’s strength. We are different. Unsentimental about all the people who depend on our hard work.”

He then tells Don to buy a copy of Atlas Shrugged.

The description is spot-on — Don cares only for himself. And that’s how it’s always been, ever since he was a little boy.

“The Hobo Code” features several great storylines, but the episode is most notable for its extended flashback sequences to Dick Whitman’s childhood. The truth about Don’s past has been Mad Men’s most carefully guarded secret, and although the flashbacks don’t reveal too much, they finally give us a clue about the circumstances that molded our main character into the man he is today.

The man we know as Donald Draper grew up on a farm during the Great Depression. His father, Archie, was a piece of shit, and his stepmother, Abigail, was a religious zealot. Meanwhile, Dick was the son of a whore, trapped in an unloving, poverty-stricken household with nothing to do, and no one to enjoy it with.

One day, a drifter comes by the farm, looking to exchange work for a place to stay. The man spends the night, receives a home-cooked meal and finds a kindred spirit in the young Dick Whitman, whom he gives advice about how to make a life on your own. He also teaches the kid the titular Hobo Code, a set of symbols used by migrant workers to communicate with each other.

The hobo works for his keep, yet Archie refuses to pay him. After the man leaves, Dick isn’t surprised to find the symbol for “dishonest man” carved onto his father’s fence.

Just as Tony Soprano can be compared to a golem, or Frankenstein’s monster, Don Draper can be compared to a hobo. Obviously, he doesn’t look like a hobo, but he does live the lifestyle. For one, Don is always on the run with nowhere to go. The numerous affairs, the different identities — for a gentleman of the rails, every day is brand new.

But Don has taken his obsession with the open road too far. It was necessary for him to do whatever he could in order to escape his life as Dick Whitman, but now that he’s changed his name and started a new family with Betty and the kids, it’s downright reckless for him to continue down this self-destructive path.

If a hobo chanced upon Don’s house in the present-day, he’d probably etch the same mark.

The flashbacks are some of the most thought-provoking scenes that Mad Men has had to offer, yet they only take up seven minutes of the total runtime. Luckily, the rest of “The Hobo Code” features several plot lines that are just as enticing, if not more so.

The episode begins with Peggy and Pete riding the elevator together. The sexual tension is so thick you could cut it with a knife. And that’s exactly what they do — the two of them fuck on Pete’s couch before the rest of the employees get to work.

Peggy’s been one of the show’s most complex characters so far, and her motivations have been somewhat unclear. She doesn’t fit in with the other secretaries at work, instead preferring to focus her talents on advertising (the copy she wrote for the lipstick account is a rousing success) rather than men. However, the one man she does have sex with, Peter Campbell, has been the show’s biggest asshole.

Their relationship is a confusing dynamic. Pete is a married man who goes from cheery to cynical at the drop of a hat. Meanwhile, Peggy is a wide-eyed workaholic who doesn’t seem too interested in romance. Their chemistry is lacking.

At a vivacious party celebrating Peggy’s newfound success, Pete tells her, “I don’t like you like this.” She dances the twist with tears in her eyes.

Meanwhile, a sub-plot about art director Sal Romano finds the ancillary character repressing his obvious attraction to men. One of Mad Men’s greatest strengths is its ability to expand the supporting cast in unexpected ways, and Sal’s inability to admit his homosexuality while on a “date” with a male executive from Belle Jolie is one of the episode’s most moving scenes. It adds a whole new layer of depth and tragedy to a character who was previously viewed as outré and inessential.

“The Hobo Code” is dominated by Don’s flashbacks, but the scenes themselves aren’t overbearing. That’s because they’re perfectly spaced throughout the episode. The material is given ample room to breathe, and therefore it doesn’t distract from the additional storylines, which all contain their own unique power. It’s the best Mad Men episode so far.

The flashbacks themselves are framed as marijuana-induced memories that Don recollects while hanging out with Midge and her beatnik friends. The scenes fit seamlessly within the rest of the episode. More importantly, they help Don realize that a relationship between him and Midge will never be possible.

After she rejects his offer of an impromptu weekend trip to Paris, a stoned Don takes pictures of her and her friends, and realizes that she’s in love with someone else. He gives her the $2,500 check, and leaves for good.

When a still-stoned Don finally makes his way back home, he tells his young son, Bobby, to ask him anything he wants. Bobby’s question disappoints (“Why do lightning bugs light up?”), but Don’s answer more than makes up for it (“I don’t know, but I will never lie to you”) — the lingering memory of his own childhood still fresh in his mind.