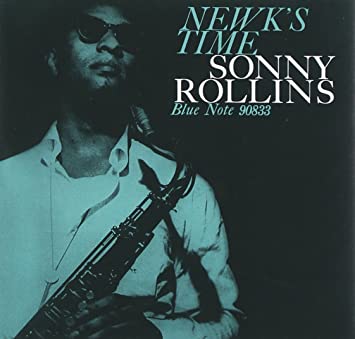 Recorded in September 1957 but not released until March 1959 (one year after Sonny Rollins began his self-imposed exile), Newk’s Time occasionally gets lost within the legendary saxophonist’s vast discography.

Despite featuring some great contributions from pianist Wynton Kelly, the main star of the recording is drummer Philly Joe Jones, who gives one of his most daring performances. Rollins on the other hand, seems to be somewhat going through the motions. Or rather, Newk’s Time sounds exactly how you’d expect standard, circa-1957 Rollins to sound. It’s good jazz, but it’s nothing we haven’t heard before. Especially by Rollins standards. A backhanded B-plus.