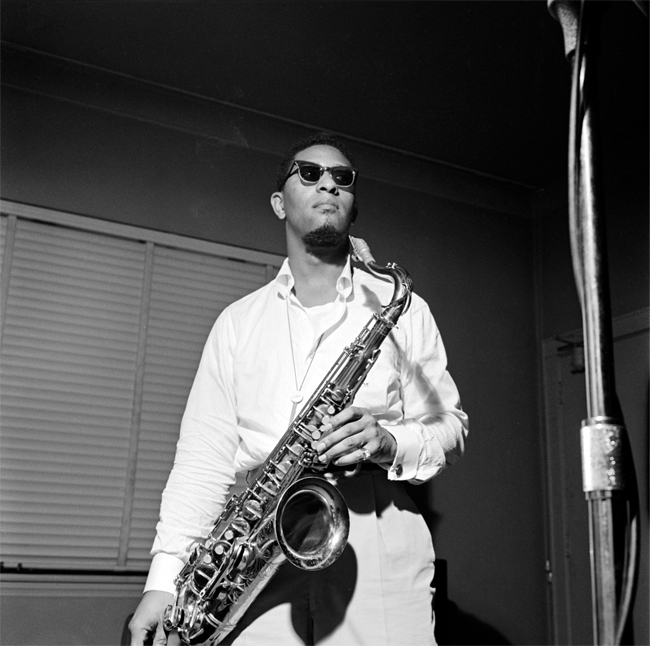 Like a star free agent on the open market, 1957 was the summer of Sonny. Everyone knew that Rollins was the greatest saxophonist on the face of the Earth, and so he was free to play for whoever he wanted. He took advantage of this rare opportunity by recording albums for four different record labels. Nobody had ever done this before. It was considered blasphemous.

How’s the old saying go? If Prestige, Blue Note, Contemporary and Riverside all have you, then essentially no one does. The era of saxophone player empowerment was upon us.

Rollins’ time at Prestige resulted in some of the most culturally, historically and artistically significant works in jazz history. Tenor Madness had already been a huge success; the follow-up was even bigger. There’s no shame in saying that Saxophone Colossus is head and shoulders the best album that Rollins ever made. His technical and melodic proficiency was at an all-time high—surgical in its precision, and computerized in its awe-inspiring proficiency.

The solos must be heard to be believed. Most notably, “Blue 7” could be the absolute pinnacle of the saxophone as a means of expression. Even Coltrane never came close to what is accomplished here.  It closes the album in truly epic fashion—an all-encompassing promise of everything the term “saxophone colossus” suggests.

The rest of the album represents different aspects of Rollins’ musical personality, from humorous to emotional; delicate to uncompromising. Backed by a stunning quartet featuring Max Roach on drums, Tommy Flanagan on piano and Doug Watkins on bass, this remains one of the all-time classic jazz albums.

Closely following the release of Saxophone Colossus came two more LPs from the Prestige label: Rollins Plays for Bird and Tour de Force. The former is a somewhat messy tribute to Charlie Parker that features an uncharacteristically aimless 27-minute medley of standards; the latter is a fiery session that features some of the hardest hard bop ever recorded.

While Rollins Plays for Bird is only recommended for Sonny aficionados (fans of Parker can find far better tributes), Tour de Force is almost as good as Saxophone Colossus if it weren’t for a few colossal missteps.

Those missteps are tracks three (“Two Different Worlds”) and five (“My Ideal”). Featuring the slow, accentuated vocals of Earl Coleman, you begin to wonder why Rollins even agreed to let him in the studio. The singing is almost enough to ruin the entire LP. Luckily, the three other songs are on par with Saxophone Colossus in terms of dazzling virtuosity.

The nine-minute “B. Quick” is the hardest bop ever recorded, with Rollins playing so fast that it almost seems impossible that he could be so controlled and patient in the midst of such demolition. The counterpart, “B. Swift,” also finds him in a destructive mode, obliterating everything in his path and leaving scorched earth in his wake. It’s a damn shame that Earl Coleman completely takes us out of the spell with his godawful voice.

Perhaps Rollins’ most unique album of 1957 is Way Out West, which finds the tenor saxophonist completing his manifest destiny and proving that he is truly the master of his domain.

The album finds the ever-consistent Sonny at the top of his game, soloing over the spare accompaniment of cowbell drums and pulsating bass.  It’s a large contrast from The Sound of Sonny, which finds Rollins experimenting with different lineups from tune to tune.

Sonny Rollins in 1957 was a musical phenomenon that will likely never be seen (or heard) again. To remain this consistent and this prolific is, quite frankly, one of the most mind-boggling accomplishments in jazz history.