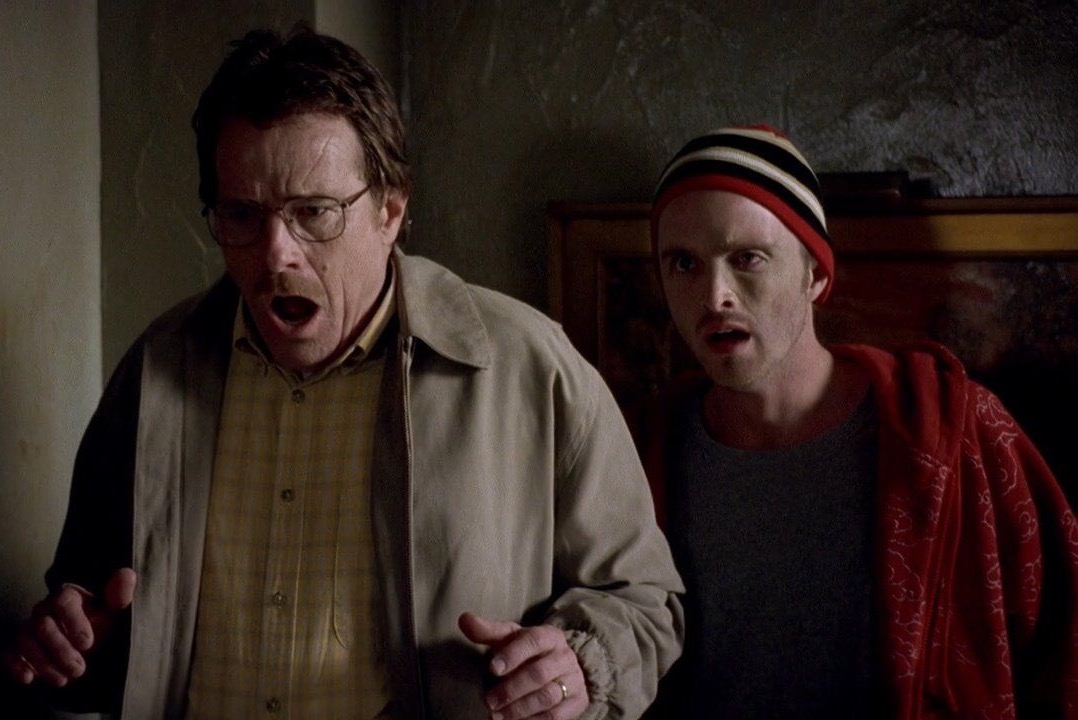 The scorching intensity of Breaking Bad’s series premiere seemed unsustainable. But here we are, only two episodes in and this is already one of the most exciting TV shows ever made.

We pick up right where we left off — Walt and Jesse stranded in the middle of the desert in a crashed RV. Among other problems, it turns out that one of the drug dealers survived the phosphine gas explosion. In order to put this whole ordeal behind them, they’re gonna have to finish what they started.

But instead of another action-packed installment, series creator Vince Gilligan decides to take a quieter approach. “Cat’s in the Bag” is a much more subtle episode than its predecessor, with a clever contrast between violence and the potential for violence.

After miraculously getting the RV back to Jesse’s house, the pair flip a coin to decide who has to deal with what. Fate has it that Jesse must get rid of Emilio’s dead body, while Walt has to kill Krazy-8, who is currently tied up in Jesse’s basement.

Walt’s moral dilemma hangs in the air, filling every scene with a sense of existential dread. Gilligan always lets the emotional drama simmer before bringing it to a boil. As a result, Walt procrastinates killing Krazy-8 as long as possible.

Last week he killed in self-defense. Can he do it now in cold blood? The question smartly won’t be answered until next episode.

In the meantime, Jesse delivers some much-needed levity to a series that has consisted of some pretty heavy subject matter. Something that hasn’t been too evident yet is Breaking Bad’s gallows sense of humor. It’ll never be a hilarious show, but it’ll never take itself too seriously. Watching Jesse dispose of Emilio’s corpse is the closest thing Breaking Bad will ever come to slapstick.

The hydrofluoric acid works a little too well — Jesse ends up dissolving a human-sized hole where his bathtub used to be. Somehow, it’s an endearing mishap. Even though Jesse’s stupidity has already been well-documented, he’s become a fan favorite.

Instead of giving Krazy-8 a bullet to the head, Walt decides to give him food, drink and a pot to piss in. Gilligan’s script allows plenty of room for the audience to breathe; to process what happened and prepare for what comes next. As a result, “Cat’s in the Bag” focuses more on the show’s introspective elements.

In case you forgot, Walt came up with this whole crystal meth idea as a way to provide for his family after he dies. However, it’s also forcing him to avoid his family whenever possible. And lie to them whenever convenient. For a guy who claims “no matter how it may look, I only had you in my heart,” his true priorities seem to be elsewhere.

The real magic of “Cat’s in the Bag” comes from its ability to match the premiere’s intensity without relying on any of the violence. Quiet explosiveness, I call it. No cheap thrills or ham-fisted distractions. Every moment matters in Breaking Bad.

-The episode’s most memorable scene is the encounter between Jesse and Skyler. It’s been a while since I last watched Breaking Bad, but I don’t remember these two characters having much contact throughout the series. This scene is particularly tense. And pretty funny, too.

-Shades of No Country for Old Men in the coin flip scene. In a sense, Walter White operates under the same sense of justice as Anton Chigurh.

“Right now, what I need, is for you to climb down out of my ass. Can you do that? Will you do that for me honey? Will you please, just once, get off my ass? You know? I’d appreciate it. I really would.”