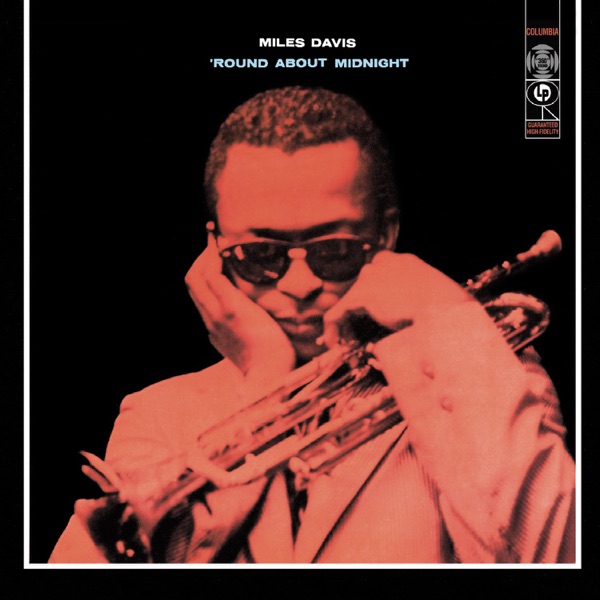 At 1955’s Newport Jazz Festival, Miles Davis performed Thelonious Monk’s “’Round Midnight” to rapturous applause. After years of heroin abuse and uncertain artistic direction, it appeared that Davis was back. He immediately signed a record deal with Columbia and assembled his “First Great Quintet,” featuring John Coltrane on sax, Red Garland on piano, Paul Chambers on bass and Philly Joe Jones on drums.

To capitalize on his revitalized popularity and once-again rising star, his first LP for the label was titled ‘Round About Midnight, opening with a magnetic studio recording of Monk’s famous title tune. Also featured on the album are sterling renditions of Charlie Parker’s “Ah-Leu-Cha” and the Stan Getz standard “Dear Old Stockholm.”

The title track is one of Davis’ seminal recordings. He plays a piercing, muted trumpet that harkens back to Birth of the Cool in both mood and sound. This lonely, late-night ballad stands head and shoulders over the rest of the LP. The remaining songs find Davis’ quintet in a relaxed, hard bop groove. The playing is fantastic, as always, though it doesn’t quite match the energy found on his final recordings for Prestige.

If you are looking for the definitive hard bop sessions from Miles’ First Great Quintet, then seek out the compilations Cookin’, Steamin’, Relaxin’ and Workin’. These four LPs capture Davis and his bandmates in peak form, while ‘Round About Midnight is rather laconic and conservative in comparison. Nevertheless, this LP is worth it for the title track alone, which officially began Davis’ rapid ascent to the all-time jazz throne.