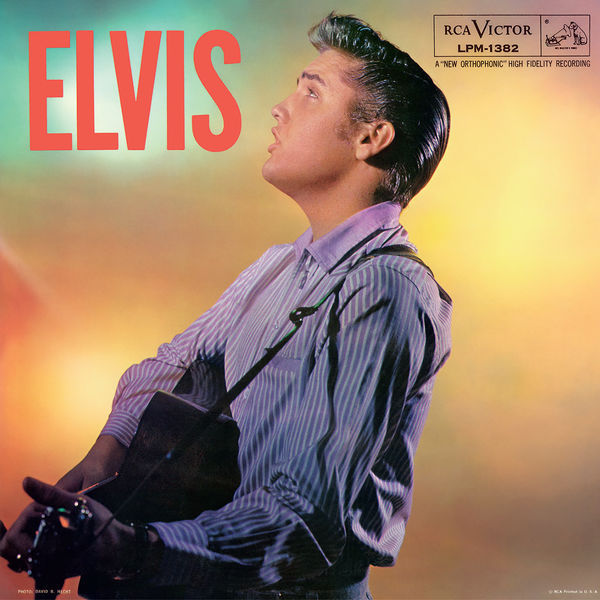 Elvis Presley’s second album was released only seven months after his landmark debut. By the end of 1956, he was the biggest star of the 20th century. Here’s a passage from graceland.com, which does a fantastic job of putting his influence into perspective:

“His unique blending of white country and gospel music, black R&B and white pop music, his particular brand of charisma and talent, and the resulting success and controversy, have helped him greatly to begin, without premeditation, a cycle of change in music and pop culture and the mores of American society. Nothing will ever be the same for Elvis Presley or for the world.”

The last sentence sticks out a lot — Elvis changed the entire world. He became a cultural icon the likes of which had never been seen. But even if you set aside his century-defining superstardom, Presley’s music still stands up today.

His first two albums, both released in 1956, are proof that he wasn’t just one of the most important musicians of all time, but also one of the greatest.

While somewhat underappreciated nowadays, Elvis’ vocals are among the best in modern history. He could do it all — mumble his way through a rockabilly rave-up, scream and shout against a backdrop of R&B, and croon a heartbreaking country ballad so good it could make a redneck cry.

On Elvis, he is at the peak of his powers, delivering a full-bodied performance that runs the gamut of early rock and roll history.

Even more so than his debut, Elvis is the undisputed center of attention on his sophomore LP. The arrangements and the song structures highlight his voice to a much larger degree than the somewhat lo-fi Elvis Presley. But that doesn’t mean guitarist Scotty Moore and drummer D.J. Fontana are left by the wayside. Elvis wouldn’t have reached half his success without the contributions of his early backing band. They are able to transform any genre to their whim, whether it be rock, country or gospel.

The arrangements are much more versatile than they initially appear.

Those not familiar with the King’s early work may not be able to recognize the extraordinary variance from song to song. “Rip It Up” is a familiar opener, full of stomping piano and start-stop electric riffs, but “Love Me” switches things up immediately with a sexed-up, slow-lurching ballad. Then there’s the dreamy “First in Line,” a proto-Buddy Holly anthem and a highlight of 1950s roller-rink pop. Then there’s “Old Shep,” the saddest song ever written about a dog. Then there’s the comically sorrowful “How’s the World Treating You.” And so on and so forth, etc.

Elvis, the album, is remarkably consistent.

Elvis, the man, was a hit-making machine, similar to Frank Sinatra in his Midas-like abilities. Just teach him the words, give his backing band the sheet music and watch the money roll in. Colonel Tom Parker was probably wiping his ass with hundred dollar bills.

So, with word to Chuck D, who famously penned “Elvis was a hero to most/But he never meant shit to me” — music as we know it would not exist without Mr. Presley.

It wouldn’t be until Public Enemy themselves came along that an artist would have such a major impact on modern history.

Coronation of the King