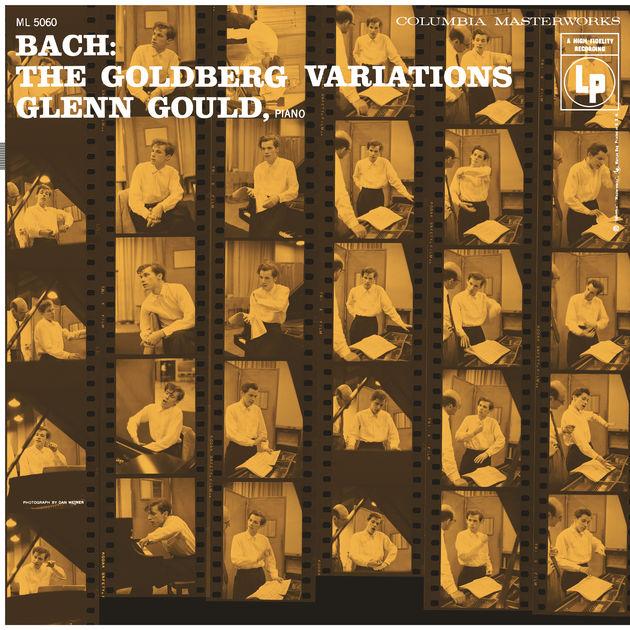 1956 was a landmark year for all types of music. Rock & roll took the world by storm, modernist jazz was in full effect and even classical made significant strides. In the realm of the avant-garde, both Luigi Nono and Karlheinz Stockhausen premiered signature compositions. Meanwhile, an eccentric, young pianist named Glenn Gould breathed new life into a 215-year-old classic.

Glenn Gould was only 23-years-old when he recorded The Goldberg Variations, a series of short piano workouts originally published by Johann Sebastian Bach for harpsichord back in 1741.

Clocking in at 32 songs in 38 minutes, this is a very fast LP. The variations range in speed from up-tempo to absurdly quick. It’s hard to distinguish or even isolate from track to track. The songs keep coming and the flow never ceases, turning this 1956 LP into a new classical standard in itself. This isn’t just a rendition; this is a re-imagining — inventing something new by giving careful consideration to something old.

Gould’s technical dexterity is so fast and precise that you have to wonder if his skill is aided by overdubs or sped-up recordings. Is this really the work of two hands on one piano? By the end, you’re left with two takeaways: Gould is probably the most talented musician of the 20th century … and Bach is probably the greatest composer of all time.

Italian avant-garde composer Luigi Nono accomplished a very impressive feat with Il Canto Sospeso. This is serialism with soul, a real rarity. The cantata has a level of depth and emotion not commonly seen in the genre’s catalogue. I hope Pierre Boulez was taking notes.

“Gesang der Jünglinge” is Karlheinz Stockhausen’s ode to anti-music, an extremely avant-garde work that is noteworthy for kickstarting the entire genre of electronic music. Unlistenable? Maybe. Impossible to shake? Definitely. Give it a spin when you’re by yourself, and make sure you sit through the entire 13-minutes. The subtle usage of spatial dynamics is impressive. You’ll come around eventually.

A direct inspiration on both John Coltrane and George Harrison, Shankar is widely regarded as the preeminent sitar god (or guru) of modern times. On his first recorded LP, simply titled Three Ragas, the young prodigy brings raw, passionate Hindustani classical music to a major label.

The music sounds both infinite and ancient. “Raga Jog,” the 28-minute opener, is a cathartic release of minimalist expression that could be one-thousand-years-old for all I know. It brings to mind hazy images of deserts and jungles and skies and Pather Panchali. Or am I just describing my acid trip from a couple years back?

On Three Ragas, you get all the best aspects of psychedelic music — drones, surrealism, trance-inducing atmospherics — bottled straight from the source.

Concerto for Guitar and Small Orchestra

This short guitar concerto from Brazil’s finest composer consistently keeps things interesting. The virtuosic passages — of which there are plenty — possess a jazzy flair, while the small orchestral ensemble interlocks in perfect step. Some sections of the piece remind me of the work of Steve Howe, which certainly makes my mood for a day. But that’s probably because the prog-rocker was inspired by Andrés Segovia, the legendary classical guitarist to whom this Concerto was originally written for.

Symphony No. 8 in D Minor

Containing a multitude of percussion instruments — from vibraphones to glockenspiels — Vaughan Williams’ Eighth Symphony is perhaps his most rhythmic, and maybe his most dynamic. Typical of Vaughan Williams to be pastoral, but so too is his propensity for constant motion. Once again, Britain’s national composer delivers the goods.

Frank Sinatra wants you to know that he’s more than just the greatest singer of all time — he’s also an orchestra conductor, occasionally. His name is at the top of this all-instrumental LP, which features compositions written by several popular Hollywood composers, such as Nelson Riddle, Elmer Bernstein and André Previn.

There’s no fault in the conducting that I can detect; Sinatra knows how to wield the baton. Rather, the “tone poems” themselves are bland. The only thing that could liven them up is — you guessed it — Frank’s voice.