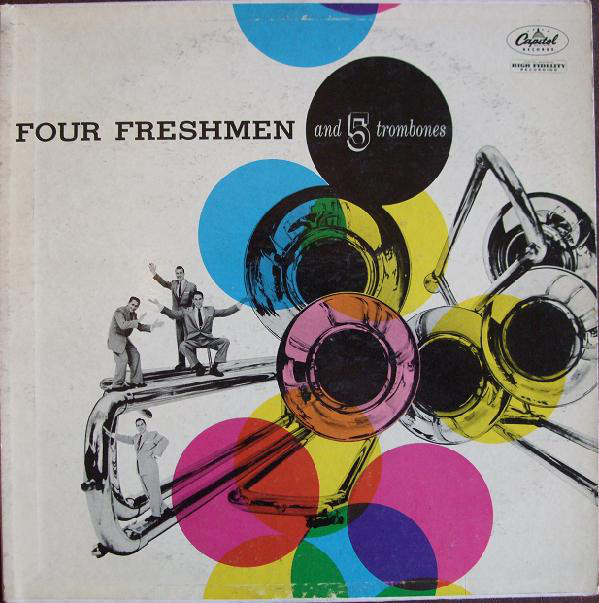 Case in point: The Four Freshmen!

Sure, it was the first record that Brian Wilson owned; and yeah, their vocal harmonies are doo-wop to die for, but that still doesn’t make Four Freshmen and 5 Trombones anything more than a footnote in the Beach Boys history book.

The melodies are occasionally corny, vocals are sickly succulent and the trombones — despite outnumbering the froshes — leave much to be desired. Just because something is nostalgic doesn’t necessarily mean it’s all that good.

This record brings back fake memories of simpler times in a simpler era. Even though it was Brian Wilson’s first record, it should only be owned by “Be True to Your School” enthusiasts.