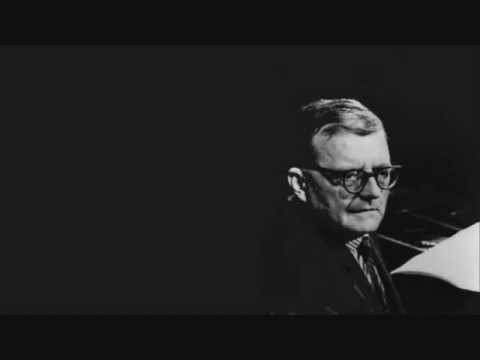 1953 was a relatively quiet year for Western classical music. Dmitri Shostakovich (pictured above) took full mantle of Russia’s greatest composer after the death of Sergei Prokofiev, while Germany’s young wünderkind upstart, Karlheinz Stockhausen, continued to stake his claim as the decade’s greatest visionary.

String Quartet No. 5 in B-Flat Major

The second movement in Dmitri Shostakovich’s fifth string quartet — a slow and brooding andante — is particularly haunting. Shostakovich was adept at weaving Russian mysticism into Romantic traditionalism, which created an entirely unique sound that was a bit of a throwback compared to the high modernism of the era.

Shostakovich’s fifth string quartet is an entrancing mini-suite that gets under your skin but remains just out of reach, a common quality shared throughout all his works.

If you enjoyed Kontra-Punkte, then you probably won’t find Schlagtrio quite as interesting. Personally, I didn’t find Kontra-Punkte to be interesting at all, which is why I much prefer this contrapuntal variation for timpani. Same concept as its predecessor, except this time the mismatched notes coagulate much better — piano becomes timpani, and vice versa, with silence and space playing a key role.

Shostakovich composed 15 symphonies during his lifetime. His 10th is middle of the pack, relatively speaking. Symphony No. 10 is buoyed by its epic opener, a twentysomethingminute “Moderato” which takes up the majority of the work.