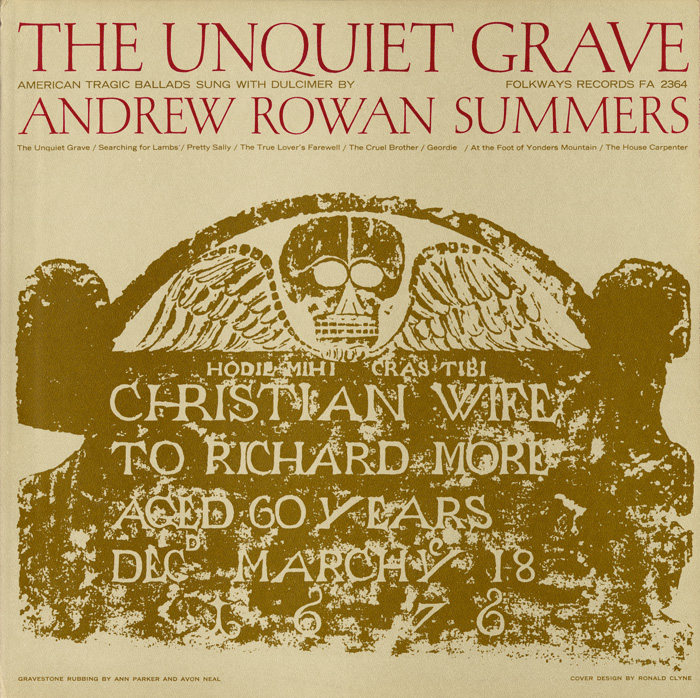 Haunting English folk ballads played on an Appalachian dulcimer by an attorney named Andrew Rowan Summers. To tell the truth, I didn’t find this too appealing at first, but I’m glad I kept listening. It’s good to switch things up a bit, and everyone needs to return to their roots once in a while. These 16th-century Scottish folk songs are good for the soul.

It’s best to think of The Unquiet Grave as an accurate depiction of Olde English music, rather than a 1951 novelty item. Think of Rowan Summers as a time-travelling minstrel of sorts, or else the LP may lose some of its lustre.

Then again, these songs are timeless. The title track has been a hit in some form of another for over 500 years.

It is ironic that Summers hails from the States, seeing as how he sings with an affected Welsh accent. And while the Appalachian dulcimer he strums sounds very much like a traditional zither or harpsichord, the instrument is distinctly American.

Perhaps this rendition is not so traditional after all.