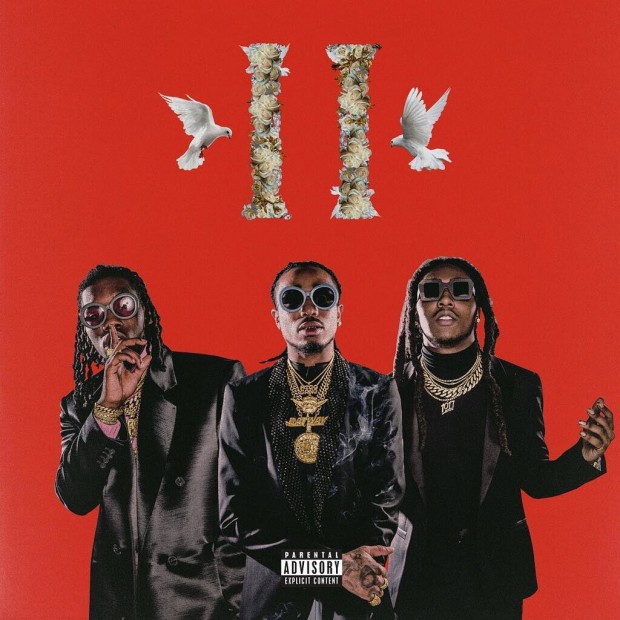 How much is too much? One year after giving us a bona-fide classic, the Atlanta trio returns with a blockbuster sequel that is 24 songs and 105 minutes long. Somewhere inside Culture II there is a great album on par with the original, but to find it you must parse out all the filler. Absorbed by all the excess, the Migos seem to have forgotten music’s golden rule: quality over quantity.

Perhaps I’m being too harsh—there are no outright bad songs on this gargantuan release. The problem is exactly that: it is gargantuan without needing to be. Quavo, Takeoff and Offset are three of the most amusing MCs in the game right now, but two hours of Migos is bound to wear anyone down.

The trouble may be that the very best songs are located at the beginning and end. The first six tracks are incredibly forceful, with A-list assists from Drake (“Walk It Talk It”) and 21 Savage (“BBO”), while the final eight feature some of Migos’ best material to date (“Too Playa,” “Made Men”). However, this structuring makes the middle stretch a bit of a slog, with only “Stir Fry” and “Gang Gang” able to stand out from the rest. It isn’t until Cardi B and Nicki Minaj turn up on “MotorSport” that Culture II gets rolling again.

Despite being bloated and overstuffed, there is still a lot to love. Any album with ten good-to-great songs can’t possibly be bad. While there is nothing here as immediate as last year’s “Bad and Boujee,” the group’s lively, triplet flow—full of hilarious ad-libs and interplay—keeps things interesting throughout. Early contender for line of the year: “Diamonds on my wrist look like McFlurries.”

The Migos are a confident bunch, that cannot be denied. The production is top-notch—always a good choice to combine saxophones and 2 Chainz—and the raps are as versatile as ever, but the ambition is lacking. Culture II is more of a sidestep than a progression forward, artistically speaking.

With this record, Migos remains a trap triumvirate to be reckoned with, but they sure could use a good editor.