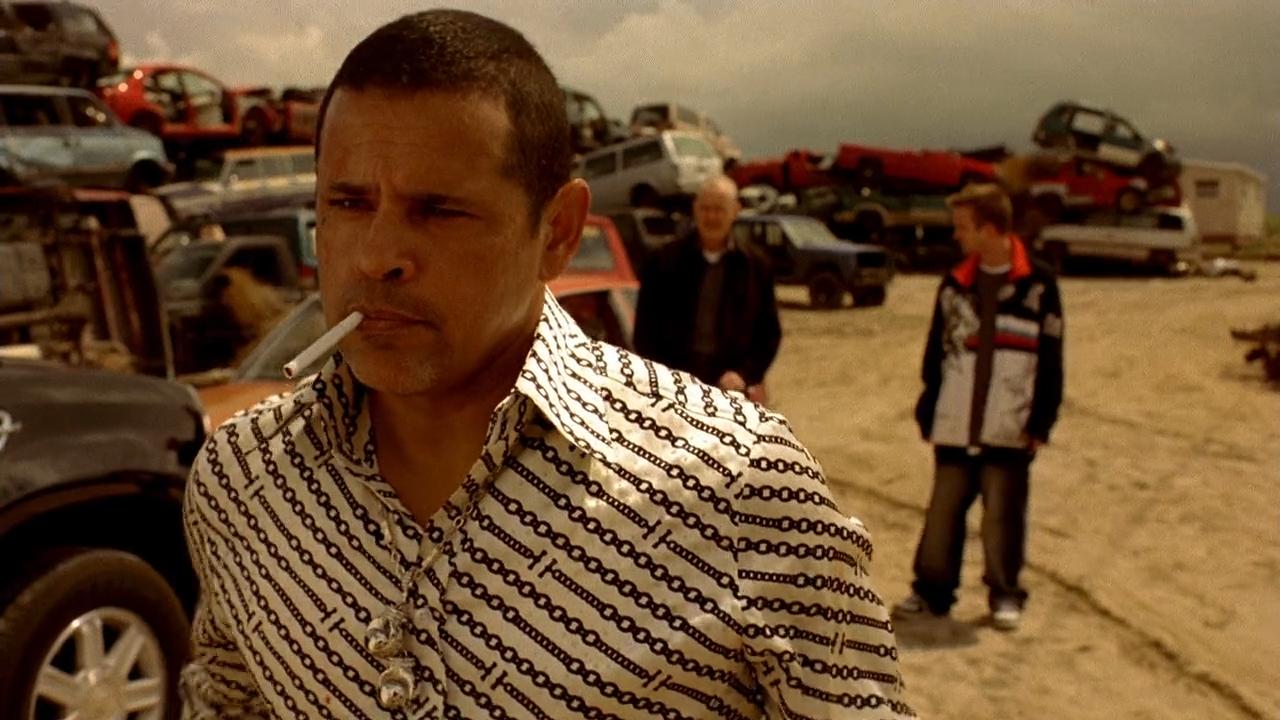 The season two premiere of Breaking Bad wastes no time with introductions. As a matter of fact, we pick up right where we left off: psychotic drug lord Tuco Salamanca brutally beating one of his own henchmen to death. Speechless, Walt and Jesse stand aghast in a combination of shock, terror and disgust.

One thing is abundantly clear: if Walt and Jesse want to live, Tuco needs to die sooner rather than later, and if they don’t kill him themselves, he’s bound to do the same to them. Like I said before, the season two premiere wastes no time and makes sure that Breaking Bad returns action-packed as ever.

Breaking Bad is often at its best when confusion and paranoia reign supreme. That’s definitely the case here as it doesn’t take long for Walt and Jesse to quickly work themselves into a frenzied panic. Jesse purchases a gun and suggests they shoot Tuco at the next drop-off, Walt proposes something more subtle: derive ricin from castor beans, mix it with crystal meth and poison Tuco when he tests their product.

Of course, that’s easier said than done. After another of Tuco’s associates turns up dead, Walt and Jesse decide to hightail into hiding. But before they can even leave their homes, Tuco has abducted them at gunpoint.

Directed by Bryan Cranston, the episode makes excellent use of framing things from a distance, amplifying the hysteria and miscommunication between the characters. The emphasis is always on substance over style, and Cranston allows the script plenty of room to breathe. His directing is just as good as his acting (hyperbole, of course).

Along with Walt and Jesse’s latest kill-or-be-killed dilemma, “Seven Thirty-Seven” also deals with some of the more trivial storylines that “A No-Rough-Stuff-Type-Deal” had begun. This means we get more kleptomania from Marie and more weird sex from Skyler and Walt. Unfortunately, both are just as out of place as they were in the year prior.

Marie was the most annoying character in season one. Nothing’s changed, but at least her storyline has become a little more sympathetic. That’s because this time we view her shoplifting addiction through her husband’s perspective. Hank instantly livens any scene.

On the other hand, Walt and Skyler’s sex life is taking a dark turn. Traumatized by Tuco’s violent masculinity, Walt tries to force himself upon Skyler in the kitchen. He stops just short of spousal rape. It’s disturbing, uncomfortable and probably unnecessary.

Evidently, the series still needs some work on the subplots. And the side characters. As of now, both Skyler and Marie are too far removed from the main action.

Although “Seven Thirty-Seven” is mostly a set-up for next episode, it’s still an exciting return to the Albuquerque underworld. Very few shows have the ability to fully engross you as soon as the episode begins, but Breaking Bad is one of a kind.

Opening with an ambiguous black-and-white pre-credits sequence that owes just as much to Memento as it does to Schindler’s List, the season two premiere starts things off with a bang. Next comes the blood.

-The pre-credits sequence moves in slow-paced black-and-white with droning, muted sound effects. The camera dips into Walter White’s pool, where we see a very unusual object: a pink teddy bear with half of its face burned off. The teddy bear is the only thing shown in color.

Unlike most Breaking Bad cold opens, the teddy bear isn’t explained or alluded to at the end of the episode. Instead, series creator Vince Gilligan is playing the long con — the full meaning won’t be revealed until the season two finale.

The time-warped teddy bear recurs several times throughout the season, always appearing in eerie pre-credits sequences that seem to move in reverse. The titles of the episodes read “Seven Thirty-Seven” “Down” Over” “ABQ.” Pillars of smoke can be seen in the background.

-$737,000 is also the amount of money Walt figures he needs in order to secure his family’s future after he dies. That’s a lot of meth.

-You’re not a prestige drama until you’ve done a rape scene. It’s in the TV handbook.

“They’re cooking old-school biker meth. Who the hell still does that?”