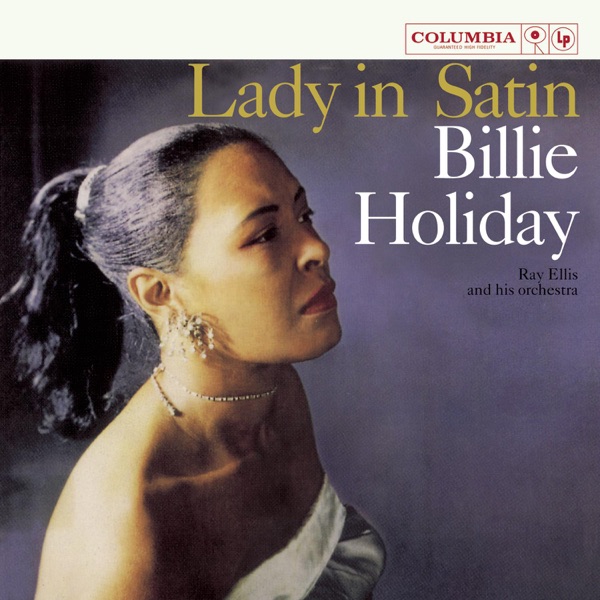 By 1958, due to years of alcohol and drug abuse, Billie Holiday’s voice had turned from something idiosyncratic and charming to something sinister and evil. In a way, her hardened voice has become more sensuous.

On Lady in Satin, Holiday performs over the lushest arrangements of her entire career. In fact, it’s a very uncharacteristic move. She was one of the rare vocalists of the era to truly emphasize the “jazz” in vocal jazz. Here, the 40-piece orchestra is delicate and graceful, not unlike Frank Sinatra’s In the Wee Small Hours. Overall, Lady in Satin has a very surreal quality, especially when the high-pitched choir drifts eerily from the background.

As mentioned, the LP most comparable to Lady in Satin is In the Wee Small Hours. They even share three standards: “I Get Along Without You Very Well,” “Glad to Be Unhappy” and “I’ll Be Around.” Although In the Wee Small Hours is the better album, Billie Holiday seems more naturally inclined to handle the material. Sinatra’s voice is warm and pure, whereas Holiday’s is tormented. She’s better suited for these types of songs.

Sinatra would follow-up In the Wee Small Hours with the happy-go-lucky masterpiece, Songs for Swingin’ Lovers; one year after Lady in Satin, Holiday would be dead.

It’s almost impossible to separate the circumstances of Lady in Satin’s creation from the music contained within. As a result, the LP is sometimes shafted by the most unlikely of sources. The Penguin Guide to Jazz expressed serious reservations in their retrospective review, calling the album a “voyeuristic look at a beaten woman.” The Rolling Stone Jazz Record Guide was even more critical, stating “Lady in Satin presents the Lady overdressed…Much of Billie’s punch was gone.” That’s the same Jazz Record Guide that usually gives any album released in the 1950s at least four-and-a-half stars (Lady in Satin was awarded a meager two stars out of five).

The truth is that Lady in Satin is one of the most heartbreaking and genuine albums ever released, era notwithstanding. It’s beautiful. It’s tragic. It’s restrained. It’s no-holds-barred. On her final masterpiece, Billie Holiday plumbs the depths of human emotion to reveal an honest-to-God depiction of female struggle.

The only thing that could have made the album better would be if she included a haunting rendition of “Get Thee Behind Me Satan.”