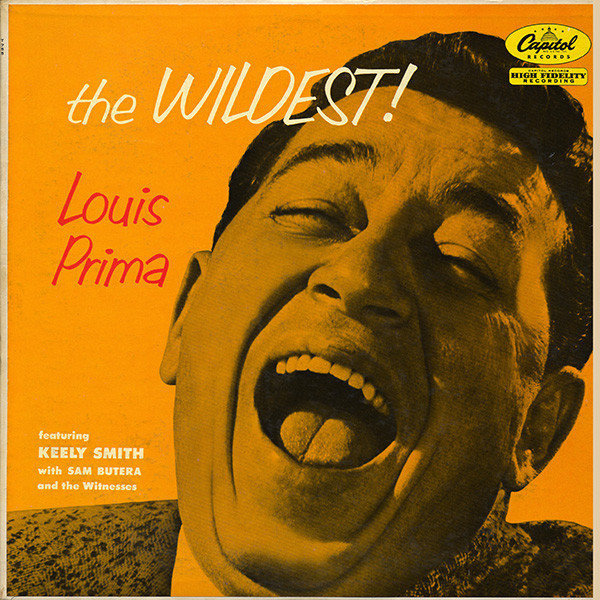 Louis Prima sang a song about an orangutan who wanted to harness the power of fire — a metaphor for the greed of mankind — and it turned it into the greatest Disney song of all time.

Look back to The Jungle Book and you’ll find that Louis Prima is playing himself— the lovable prankster with the funny voice. Not afraid to make a monkey out of himself, Prima was quite possibly the greatest half-serious half-comedic performer of all time. It’s not until They Might Be Giants that you will find a sense of humor this quirky and universal.

The Wildest! is a party record through and through. For Prima and his excitable cohorts, the party never stops. A delirious combination of big band, swing, rock and roll, skiffle, R&B and jump blues makes sure the raucous atmosphere never ceases.

Through it all, Prima and his wife Keely Smith deliver hilarious vocal one-liners and melodies that are both entertaining and addictive. Songs about goldfish legs and the gigolo lifestyle and wishing death on some poor bastard — you can’t help but smile. And I haven’t even mentioned the scat singing…

Prima’s blending of genres and humor is impeccable. Think of him as Scott Walker for the ‘50s—singing about sex and slapstick and nonsensical cartoon non-sequiturs that appeals to every man, woman and child.

I make proclamations a lot, but I don’t say this lightly: this is one of the most fun albums of all time.