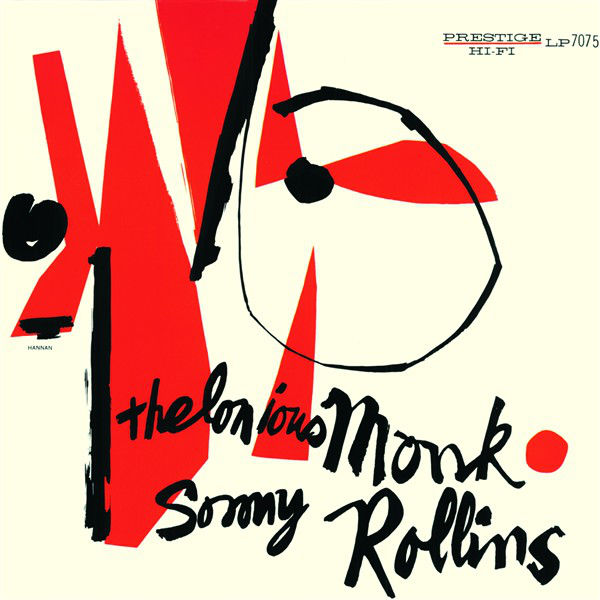 Throughout the first half of the 1950s, Thelonious Monk had already released his Genius of Modern Music series, the classic Trio album and had performed on several great LPs by the likes of Charlie Parker, Dizzy Gillespie and Milt Jackson. He was 37-years-old and had already reshaped the trajectory of modern jazz.

He took his hot streak into 1955, which saw the releases of two more classics, both with their own unique approaches.

The four-chord melody of the 10-minute finale, “Friday the 13th,” finds Thelonious Monk channeling his inner epistrophy. The hypnotic progression is trance-worthy, and it gives Monk and guest tenor saxophonist Sonny Rollins plenty of open space to vamp. Joining the fray for added musical depth is Julius Watkins on French horn, while modernist jazz drummer Willie Jones anchors with a solid backbeat.

“Friday the 13th,” a major influence on Charles Mingus’ Pithecanthropus Erectus, is the obvious highlight, but the pairing of Monk and Rollins delivers on all fronts across every song. The hard bop saxophone commentary provides perfect counterpoint to the askew piano phrasings, a perfect mixture between two distinct styles of modern jazz. Thelonious Monk and Sonny Rollins is a bona-fide classic.

The common practice was for jazzmen to cover the standards by sticking close to the songbook, improvising but not straying far from the beaten path — just enough originality for the soloist’s singularity to shine through but not so as to overshadow the composer. When Thelonious Monk Plays Duke Ellington, he makes the tunes his own.

Monk’s playing is typically visionary — blocky, offbeat chords that zig and zag where more conventional pianists might bip and bop. With the backing accompaniment of Oscar Pettiford (double bass) and Kenny Clarke (drums), Monk completely transforms these ageless swing standards into something new and prophetic. He starts each song by keeping the listener in complete suspense — improvising his own melody for dramatic effect — before leading off into the song proper.

Fellow pianist Oscar Peterson was known for his beautifully faithful interpretations, but Monk takes a different approach. Even “Sophisticated Lady” and “Mood Indigo,” timeless classics, are heard with a new set of ears. When he goes it alone on “Solitude,” you forget that Duke Ellington even exists. It isn’t until the closing “Caravan” that Monk and co. adhere to convention and, by then, it’s just a victory lap.