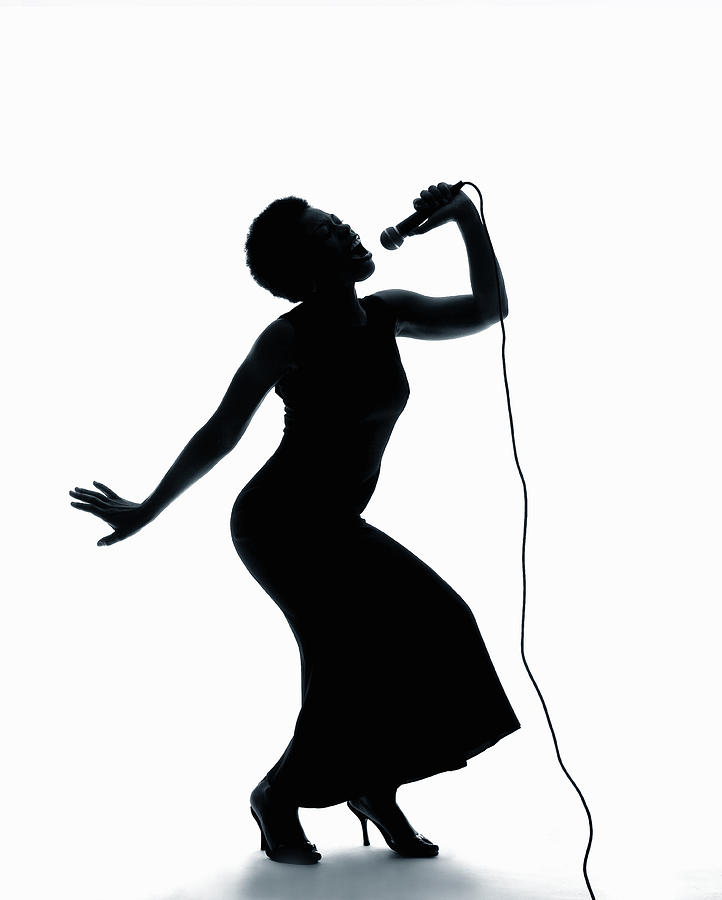 1955 was a landmark year for modern music. Chuck Berry, Elvis Presley and Little Richard all released hit singles, while Frank Sinatra’s In the Wee Small Hours set a pop music precedent. But it was also a landmark year for female musicians, particularly practitioners of vocal jazz.

A theretofore unprecedented number of excellent albums were released by women. A significant milestone, proving that you don’t need balls to sing the blues (Dinah Washington) or testosterone to hit the deep notes (Sarah Vaughan). As Julie London demonstrates on the album cover below, boobs can be just as commanding as a cock.

Of the five female artists I’ve highlighted here, London was the most popular. The reason’s easy to see. Luckily, the album’s just as good as her hourglass physique. Julie is Her Name, a remarkably mature debut, showcases her immense vocal talent. Rather than sultry starlet, her voice is smoky and bittersweet. She propels “Cry Me a River,” the leadoff track, into the upper echelon of lonely torch songs. The sparse arrangements —  led by Barney Kessel’s distinctive electric guitar — perfectly match London’s relaxed and unhurried pace.

In a similar vein was the 25-year-old Helen Merrill, whose 1955 self-titled debut also carried a smoky sense of loneliness. Compared with London, Merrill’s voice is less theatrical, without much — if any —  affectation. Merrill sings modestly, making her songs the most empathetic of her contemporaries. Backed by a Clifford Brown-heavy arrangement courtesy of a young Quincy Jones, Helen Merrill manages to stand out for its sheer musical professionalism. Once again, the opening song is the emblematic number — “Don’t Explain” is as sensual and Séverine as it gets.

Just a few days before the Helen Merrill sessions, Brown cut a similarly-arranged record with Sarah Vaughan (1955 may have been a landmark year for female artists, but it was also the Year of Clifford Brown). The 1955 self-titled LP is probably Vaughan’s best — a jazzy affair that changes tempo like the singer changes vocal styles. More inclined to break out into scat-singing than any of her contemporaries, Vaughan may have had the best overall sense of “music.” Meaning, she truly treats her voice as another instrument — rhythms, not lyrics, are all that matter.

Another Duet that deserves recognition comes from the reliable partnership of June Christy and Stan Kenton. Christy began her career singing avant-garde lounge music in the Stan Kenton Orchestra. The pair then reunited in 1955 for an appropriately-titled, spare recording session — just a piano and vocal Duet.

Throughout their respective careers, both performers’ calling cards had been their ability to be coolly emotionless. But Christy was always more restrained whereas Kenton often got a little excessive. On Duet, he finally follows suit, accomplishing something never heard in his entire recorded output: understatement. Christy’s powerful, sultry voice takes center stage, but Kenton’s piano is remarkable for its ability to dance on the outskirts of melody while remaining structured and solemn — the songs constantly feel like they’re about to fall apart. In a sly subversion of traditional vocal jazz, Christy’s voice acts as the unlikely anchor.

But, by far, the best female vocal jazz LP of 1955 was the searing live set recorded by Dinah Washington, Dinah Jams. Opening with a fiery rendition of “Lover, Come Back to Me” and closing with an 11-minute “You Go to My Head,” Washington’s passionate vocal intensity is matched only by the hard bop fury of Clifford Brown & Max Roach.

Out of all the vocal jazz, male or female, released in 1955 — or the entire decade, really — Dinah Jams puts the most emphasis on “jazz.” What other singer is going to produce an album with two instrumentals back to back? Washington and the Brown/Roach quartet is a match made in heaven, and her charismatic performance showcases rock star capabilities.

The Women of Vocal Jazz