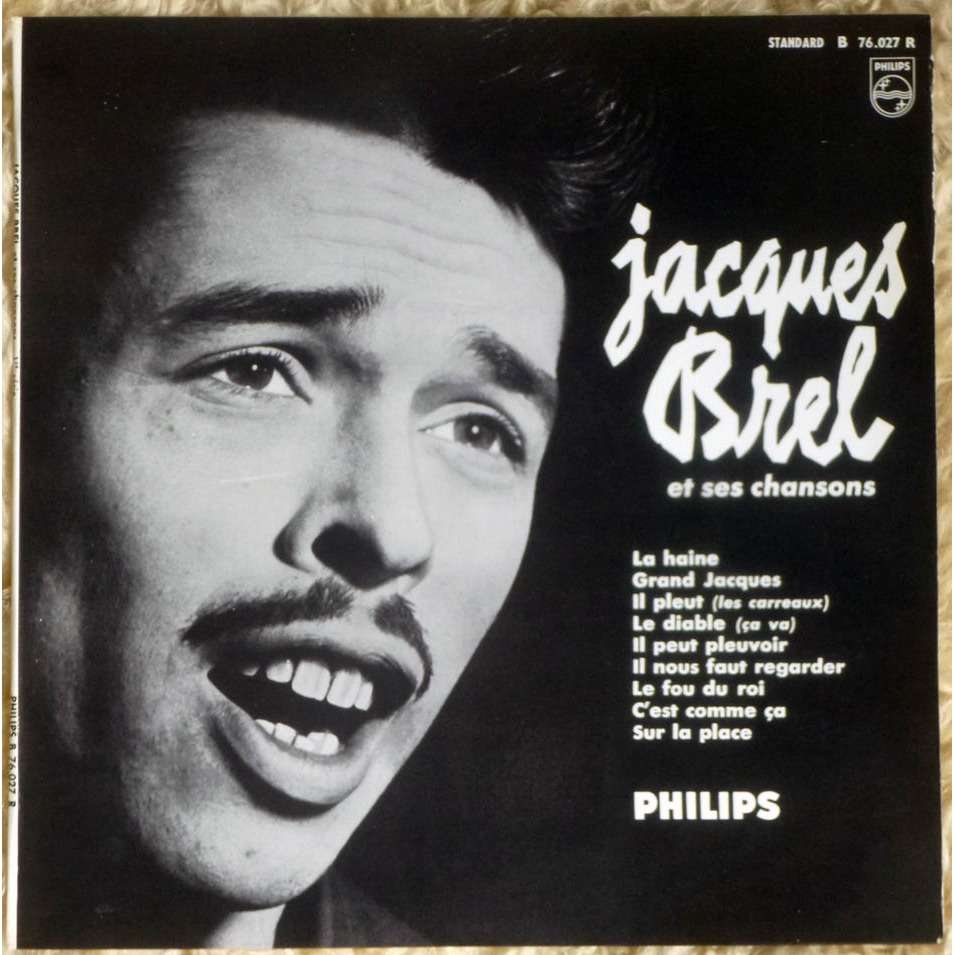 Jacques Brel is probably Belgium’s finest musical export, if you’re into that sort of thing. Full of humorous candor, Grand Jacques is a debut wise beyond its years. Similar to Louis Armstrong Plays W.C. Handy — another 1954 LP that succeeds on being funny — Grand Jacques is the rare smile-inducing masterpiece.

“Le diable ça va,” pour example, finds Brel delivering half-laughing half-chiding inflections that reciprocate to the listener. He makes you feel like you’re in on the joke even if the joke’s on you, part of his universal appeal.

The music, too, compliments Brel perfectly — a baroque/folk arrangement that is neither serious nor ironic. Accordions, acoustic guitars and oboes are a combination that defines the filthy Belgian setting. Brel isn’t an artifact; he is an icon. Grand Jacques could have been recorded in 1964 or 2004 and would still sound fresh. Très bon.