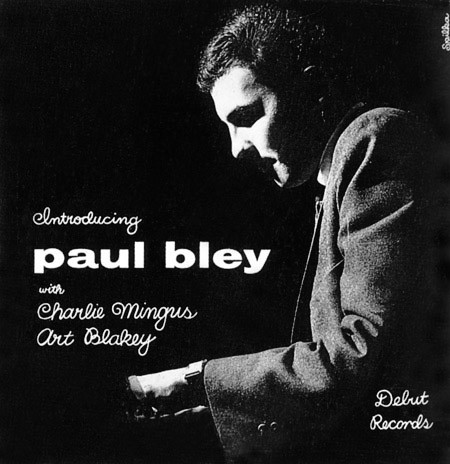 Paul Bley would go on to develop a very distinct, somewhat aggressive style of piano playing, featuring a lush array of soft-LOUD dynamics. This avant-garde technique was perfected in the early-to-mid ‘60s, culminating with the 1965 album Closer. But at age 21, Bley was still a little wet behind the ears. He hadn’t completely developed his unique musical persona yet.

Bley’s solos are technically accomplished, but they feature very little variation. It’s clear that the young Bley was influenced equally by impressionist classical traditions and Lennie Tristano’s experimental procedures, though not experienced enough to devote himself to either.

In fact, the star-studded rhythm section is what provides the album with heart and soul. Charles Mingus, bass, and Art Blakey, drums, steal the spotlight, forming an interlocking groove that propels like a locomotive. They bring the emotional heft to counter Bley’s emotionally ambiguous melodies.

The trio is most at ease on Bley’s originals, including the opening “Opus 1.” The musicians all build off each other yet remain independent, with Bley’s imaginatively unimaginative piano holding it all together.

Introducing Paul Bley certainly shows potential. Already, the canuck prodigy is one of the most talented pianists in the world; he needs only develop his own sense of style. And even though he is carried by his acclaimed accompaniment, Bley more than holds his own with Mingus and Blakey. One of the finer debuts of the year.