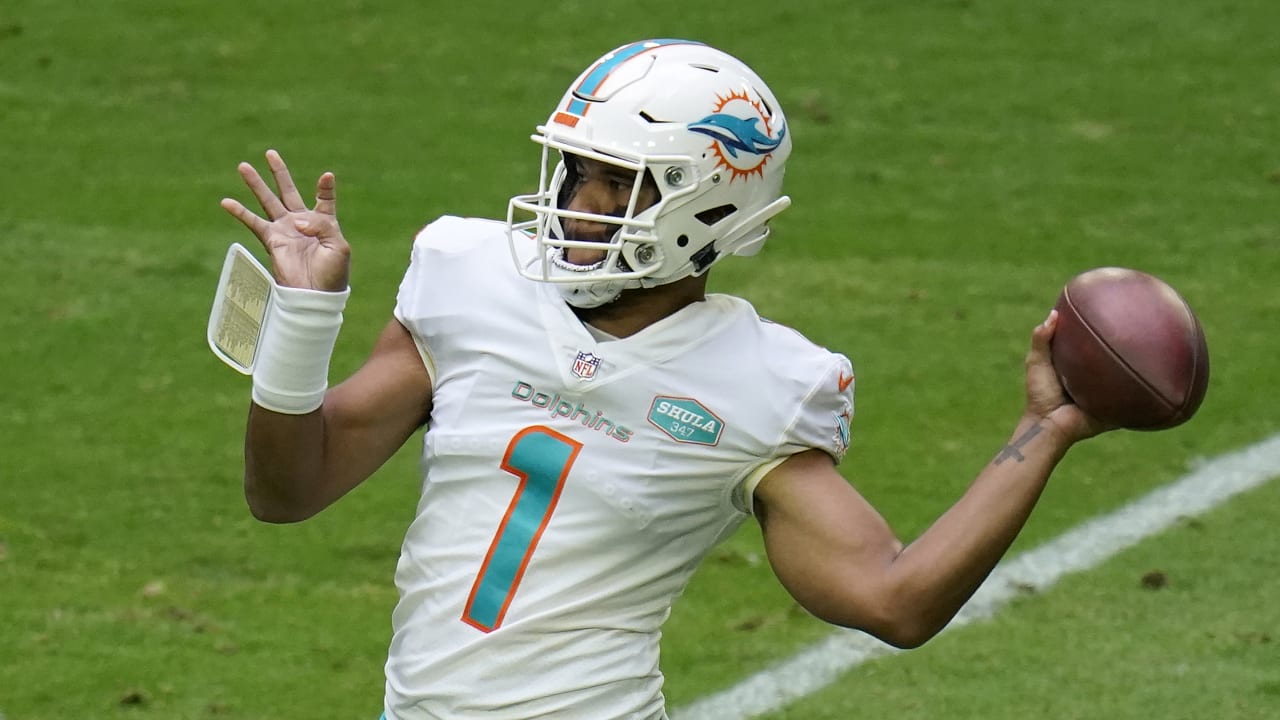 Need help navigating the waiver wire for Week 10? With the Atlanta Falcons, Kansas City Chiefs, Dallas Cowboys and New York Jets all on bye, several Top-10 players could be missing from your lineup. Guys like Jared Goff, Duke Johnson and Austin Hooper might be able to save your season.

Hopefully, some of the players listed below are still available in your league.

Jump to a position:

Who gets to play the Seattle Seahawks this week? It’s the Los Angeles Rams, coming off a bye. The Seattle defense is allowing 27 PPG this year, and even though Jared Goff hasn’t been playing well lately, you can count on this game to be a shootout. I’d be surprised if he doesn’t top 20 points.

In only his second start, Tua produced 21.4 fantasy points in a shootout against Kyler Murray and the Arizona Cardinals. Is this a sign of things to come? Look at Miami’s upcoming schedule: vs LAC, at DEN, at NYJ, vs CIN. If Tua’s the real deal, he might be able to carry you into the fantasy playoffs.

If you’re looking for a bye-week replacement for Patrick Mahomes, why not stay within the division? Drew Lock has been absolutely slinging it the past two games, and it’s resulted in some good fantasy numbers. He even led the team in rushing last week (47 yards and a TD). With good upcoming matchups against the Raiders and Dolphins, Lock can definitely be considered a streaming candidate with upside, especially if you miss out on Goff or Tua.

Even though he only averaged 2 yads-per-carry in the win over Seattle, Zack Moss is establishing himself as a better player than Devin Singletary. As a result, the rookie is receiving valuable work at the goal line, and has been able to turn that into three touchdowns over his last two games. Right now, Moss is a TD-dependent flex option, though his role in the Buffalo offense seems to be increasing each week. With potential for a high-scoring affair this week in Arizona, Moss may find the endzone for the third straight game.

Alex Smith being named the starting quarterback for the Washington Football Team is great news for J.D. McKissic. Expect Smith to look McKissic’s way early and often, as the pass-catching RB looks to build off last week’s nine-reception performance.

David Johnson exited last week’s game with a concussion, and Duke Johnson was able to perfectly replicate his production (or lack thereof). Just like David, Duke was pretty inefficient with his touches (16 carries for only 41 yards) but managed to score 11.3 fantasy points thanks to a one-yard touchdown run in the second quarter.

In a year full of high-profile injuries, the RB-desperate could do a lot worse than Giants second-stringer Wayne Gallman. He doesn’t put up big rushing totals, but he does have a TD in three straight games. Don’t be turned off by the tough matchup against Philly, either — Gallman scored 16.4 PPR points when they met three weeks ago.

Christian Kirk’s insane production over the last three games can’t be ignored any longer. Even though DeAndre Hopkins is still the Top Dawg in Kliff Kingsbury’s offense, Kirk has exploded for five touchdowns in three weeks. Is it stable? No, but as long as Kyler Murray continues to play like an MVP, Kirk will continue to have big games. Pick him up if he’s still available.

Even though Jerry Jeudy has emerged as Drew Lock’s favorite target over the past two weeks, Tim Patrick is still Denver’s most consistent pass-catcher. He scored his third TD of the season last week, and now gets to face a soft Raiders secondary.

Was Jakobi Meyers’ 12-catch, 169-yard performance on Monday Night a fluke? Well, it was against the Jets…BUT Meyers now has 22 catches on 30 targets over the past three games. With Julian Edelman out for the foreseeable future, Cam Newton needs to throw to someone. It might as well be Meyers, although you should temper expectations against Baltimore.

Austin Hooper missed the last two games with appendicitis, but prior to that, he had three weeks in a row with five receptions. As long as he’s able to take the field this week against the Texans, Hooper will return to his busy role in the offense. This will also be the first time he’s played without OBJ.

Irv Smith Jr. had a 2/10/2 stat line against the Lions last week, good for a Top-5 TE finish. The week before, he only had one catch for 16 yards. If you have to start Smith Jr., you’re probably a little bit scared. However, the Chicago Bears have been surprisingly terrible at covering TEs this year. Over the last three games, they’ve allowed TDs to Jonnu Smith, Jared Cook and Gerald Everett.

Wait just a fucking minute — Taysom Hill can be played as a tight-end in ESPN fantasy football? How did I not know of this? In one of my PPR leagues, I have Travis Kelce and Hayden Hurst both on a bye. Starting Taysom Hill at TE is this week’s Bad Ass Mother Fucker pick. I can really see him going off against the reeling 49ers.

Last week, the Packers defense faced the 49ers B-squad. The fact that they only scored six points is somewhat concerning. Green Bay doesn’t have a great defense, but they’re in the enviable position of playing a rookie quarterback making his second start. Is Jake Luton better than Nick Mullens? Probably.

The Vikings defense probably still has bad memories from the last time they faced Nick Foles, but that was three long years ago. The former Super Bowl MVP now plays for Matt Nagy and the Chicago Bears, who run the ugliest offense I’ve ever seen. Sunday’s NFC North matchup will likely be a low-scoring affair with potential for sacks and turnovers.