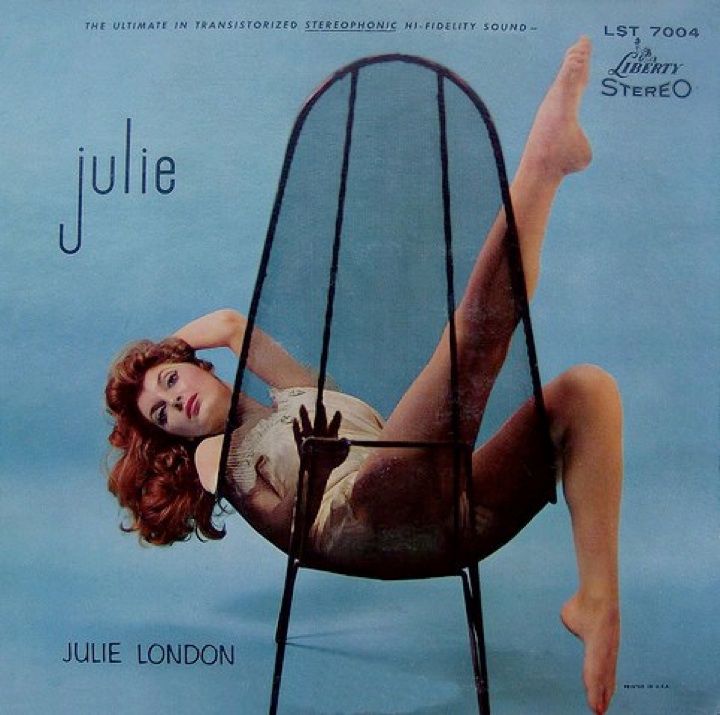 Julie London had a long, successful career in showbiz. Whether you remember her for her role on the 1970s TV drama Emergency! or from any number of old Western flicks she starred in, London’s allure is plain to see. It’s also quite easy to hear, too. Though her musical career, critically-speaking, was starting to wind down by 1957, her star-power endures on these three LPs from 1957.

Elegantly produced by soon-to-be hubby Bobby Troup, Julie London’s fourth LP, About the Blues, is sort-of a female counterpart to In the Wee Small Hours. Every song fits into the “blues”-based conceptual theme and, fortunately, the album doesn’t wallow too much in self-pity. Either way, London’s wispy and seductive vocals manage to keep things interesting even when the arrangements aren’t.

Make Love to Me

The three LPs released by Julie London in 1957 represent the end of her classic era. Julie is basic vocal jazz — a casual swingin’ affair that is neither here nor there. For the first time in her successful career, Ms. London provides no vocal hooks to latch onto, making this a rather pedestrian effort by her standards.