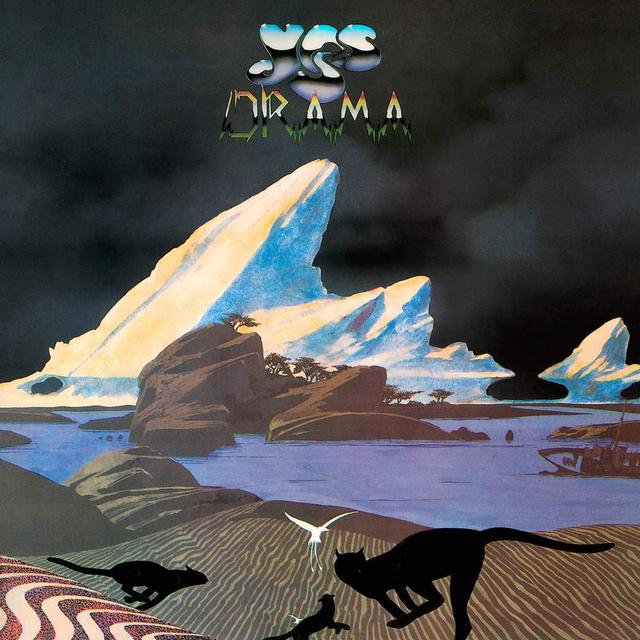 Even music critics have guilty pleasures, and mine happens to be prog rock. But within the oft-maligned genre are guilty pleasures within guilty pleasures, my own shameful echo chamber of poor taste. It’s not enough that I swear by the virtues of Hot Rats, Foxtrot and Close to the Edge; I go one further and dig deep into prog’s forgotten corners.

Drama, the 1980 Yes album that features neither founding singer Jon Anderson nor seminal keyboardist Rick Wakeman, is one of the most underrated progressive rock LPs ever released.

The album’s detractors will point to the un-Yes-ness of the whole affair, with the self-referential title seen as a reference to the inner turmoil and selling-out that led to the “Video Killed the Radio Star” guys (otherwise known as The Buggles) usurping England’s foremost progressive rock group.

Three things wrong with that narrow-minded viewpoint: Yes was never England’s foremost progressive rock group; “Video Killed the Radio Star” is an awesome song and catchy as hell; and the band wouldn’t truly sell out until Jon Anderson returned to the group a few years later. So cut Trevor Horn (vocals) and Geoff Downes (keyboards) some slack, because they were responsible for the last great Yes album.

Of Drama’s six songs (six songs? Far too many!), “Tempus Fugit” shares the most in common with “classic” Yes. Even if you didn’t enjoy the heavy metal epic “Machine Messiah” or the new wave rave-up “Into the Lens,” you’re bound to enjoy the athletic musicianship of the album’s closing number.

Steve Howe maintains MVP status, proving that his guitar heroics have always been the band’s most important aspect; Chris Squire delivers perhaps the crunchiest bass riffage of his entire career, maybe cementing his reputation as the GOAT; and Alan White, who was never Bill Bruford nor ever aspired to be, puts his rhapsodic drumming abilities on full display.

But it’s Horn and Downes who know their roles even better than their predecessors. In particular, I’ll take Downes over Wakeman any day. He uses the keyboards to provide texture and clarity, whereas Wakeman always seemed to clash with Howe for soloist supremacy.

Baroque-influenced Moog solos and lyrics based on The Autobiography of a Yogi were so 1970s, which is why The Buggles were the perfect fit to lead Yes into the new decade. I can tell you 90125 reasons why their continued leadership would’ve been a good idea, even if their rabid fanbase can only bring up one argument against.

For one brief moment, the prog-rock dinosaur band was more Yeah than Yes. And, essentially, that’s all you need to know. “Tempus Fugit” would’ve and should’ve been their perfect swansong.

Song of the Day: “Tempus Fugit”