It may not always feel like it, but the entirety of season two has been leading up to one climactic moment: the execution of “Big Pussy” Bonpensiero at the hands of Tony Soprano.  The majority of the season has been one large misdirect, full of artful one-offs and strong character moments, but a misdirect nonetheless.

Even the story of Richie Aprile was a misdirect.  He was prematurely offed by Janice before he could cause any real trouble.  The true backbone of the season — the nagging, dark spot in the back of the mind — has been Tony’s inevitable realization that his best friend is an FBI informant.  He reaches this conclusion (something he’s at least suspected since “Nobody Knows Anything”) during a fever dream brought about by food poisoning. 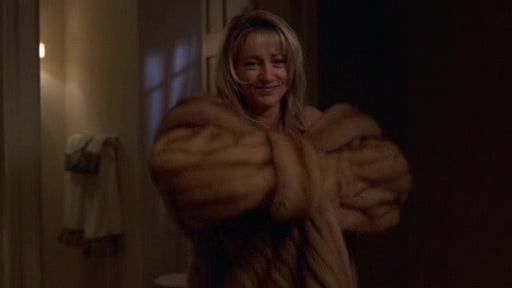 The Sopranos can be looked at as one of the great works of modern surrealism.  And “Funhouse” features the best dream sequences in the entire series.

The first half of the episode finds a very sick Tony drifting in and out of reality.  He finds himself on a snowy New Jersey boardwalk (looks and feels like limbo), encountering dead accomplices, fatal erections and talking fish.

The imagery is unforgettable — an atmospheric subconscious quality that is unlike anything on television, before or since (excepting, of course, Twin Peaks).  The dreams are more Buñuel than Lynch, even though they are a unique creation completely of The Sopranos’ own.  The atmosphere is never nightmarish, but it is definitely unsettling.  Believably otherworldly, I’d call it.

The other, surreal Sopranos all-timers — “The Test Dream,” “Join the Club” and “Mayham” — feature great, aesthetically-pleasing dream sequences, but none interweave them into the larger episode quite like “Funhouse.”  The dreams are necessary to set up the final half of the hour.

There is dark comedy running concurrent to the dream sequences, as the scenes are continually interrupted by Tony having to go to the bathroom to yak and fart.  Once he is back asleep, the boardwalk creaks to the sound of his gastro-rumbling.

While “The Test Dream” may be more surreal, and the pairing of “Join the Club” and “Mayham” may carry more metaphysical weight, there is no moment more emotional than when a Big Pussy fish “confesses” to Tony on the boardwalk.  Tony now realizes what must be done. 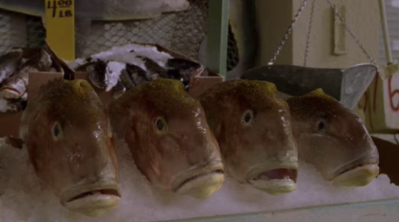 Aside from Richie Aprile’s last week, The Sopranos doesn’t usually approach death as some shocking occurrence.  Creator David Chase knows that the end is inevitable for all.  By the end of “The Knight in White Satin Armor,” Big Pussy’s fate was already sealed.

Tony and Silvio show up unexpected at Pussy’s house.  Big Puss can already tell something’s off.  Tony uses the ruse of having to vomit to go search Pussy’s room.  A brilliantly tense scene, expertly staged by director John Patterson — Tony finds the wire inside a box of Cubans.

From then on, it’s a slow funeral march.  The Sopranos will use this same formula late in season five when a similar situation comes up in “Long Term Parking.”  Tony and Sil drive Pussy to the marina, telling him they are testing out a new boat.  Paulie is already waiting for them at the pier.

Down below the deck is where the execution happens.  Despite the greatness of the earlier dream sequences, this is the episode’s (maybe the season’s) best scene.  Big Pussy understands the circumstances, but the entire sequence is expertly drawn out — almost excruciatingly so.

First, they listen to Frank Sinatra on the record player.  Then, they interrogate Pussy.  Silvio and Tony go up to the deck, feeling they are going to be sick.  They come back down to drink tequila.  Pussy tells them of the girl he met in Puerto Rico.  “Puss, was she even real?” Then they shoot him and throw his body into the water. 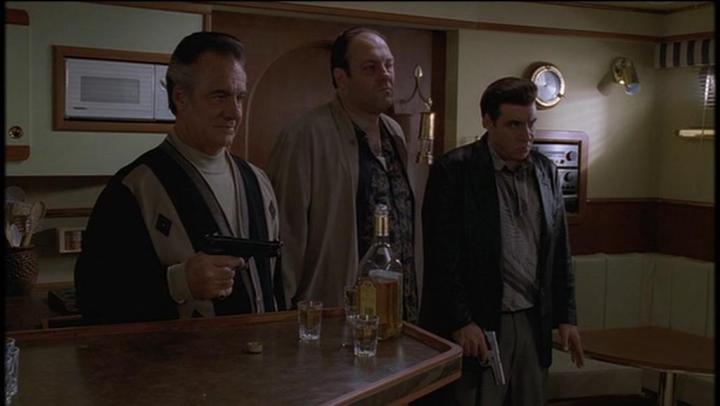 Much of this season finale asks us to think about where these characters began back in “Guy Walks into a Psychiatrist’s Office,” the season premiere.  Pussy started the season pleading with Tony to let him back into the gang after his disappearance.  He ends the season pleading to Tony “not in the face, alright?”

Likewise, Tony began season two trying to get back in Dr. Melfi’s good graces.  In their final therapy session here, Tony remains at an extreme disconnect.  He completely rejects his opportunities to change and grow.

Of course, the pair’s relationship remains as troubled as ever.  She knows that something is causing Tony extreme pain, and it’s not the fact that he screwed himself by giving Livia stolen airline tickets.  Tony won’t tell Melfi that he has just killed his best friend, and so he exits the session/season acting as a faux-happy wanderer — blissfully singing Buddy Holly down the hall.

Season two’s final sequence mirrors its opening — another poetic montage set to fitting music.  It covers much of the same ground as its predecessor: life goes on.  But instead of watching the characters settle into monotonous routines to the tune of Frank Sinatra’s “It Was a Very Good Year,” we get to see how the mob’s daily groove has an unknowing, far-reaching influence (to the tune of The Rolling Stones’ “Thru and Thru”).

Foreigners selling phony calling cards on the sidewalks, downluck junkies at Teittleman’s rundown hotel, Davey Scatino packing up and moving to Vegas, the waves crashing ominously onto the shore — Tony’s mere existence has affected them all. 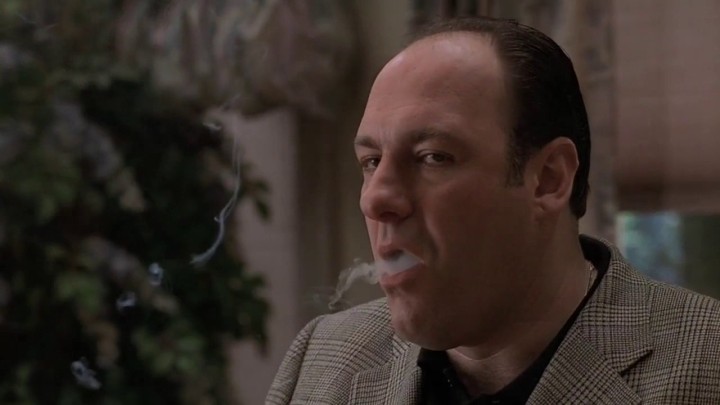 And so, season two ends with Tony standing alone in his family room, puffing on a cigar, while his two Families celebrate his daughter’s graduation around him.  Season one ended with a hopeful tone — “Remember the good times.”  Season two ends with Mr. Soprano remembering only the bad times.

For all its meandering nature, season two of The Sopranos ends with an assured, ambiguous bang.  We haven’t reached a turning point yet in the show’s trajectory, but it remains as confident and audacious as season one, if not more so.

Best Sopranos season finale? If we discount “Made in America,” then the honor surely goes to “Funhouse.”

-Voodoo Lounge is not one of my favorite Rolling Stones albums, but the repeated use of Keith Richards’ “Thru and Thru”—a powerful, reverberating ballad—adds a great deal to the episode’s overall effect.

-Why not a perfect 10? Well, “Funhouse” isn’t completely flawless like “College,” but it’s damn close.  I guess, if you want me to nitpick, there are some confusing moments in the montage (the adult movie theater?), and the most important question of all—whether or not Tony got bad food from the Indian restaurant or from Artie Bucco—was never answered.

-Similar to Adriana’s fateful car drive with Silvio in “Long Term Parking,” Tony has a dream that he is back at home (Meadow announces she has chosen Columbia and Tony announces he has bought a new boat), only to wake up back in the car.

-Elsewhere in the episode, future developments are being set up.  Tony gives Livia stolen airline tickets and the feds crack down, while Christopher will soon be getting his stripes.

“You passed me over for promotion, Ton.  You knew.”

“These guys on either side of me…They’re asleep.”

“Why are you making me do this, you fat fucking miserable piece of shit?”

“I had a dream I fucked your brains out.  Right on that desk.  You loved it.”

“Boy, you threw that at me like a rock.”