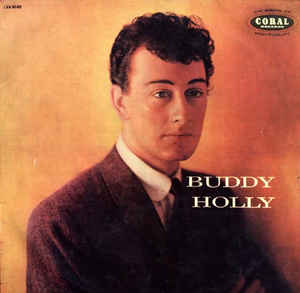 In 1958, the St. Louis Hawks won the NBA Finals, Kraft Foods invented Jet-Puffed Marshmallows and Buddy Holly made the best album of the year.

Ever since Alan Freed was hired as the DJ for WJW in Cleveland, it was only a matter of time until a rock and roll album topped a yearly Best Of list on Colin’s Review. Yet perhaps it comes as a surprise that Buddy Holly is the one to do it.

It only received 4.5 stars (out of 5) on AllMusic, ranks #35 for the year on Rate Your Music and — according to Acclaimed Music — is the 1,681st best album of all time. But the only review that really matters is Colin’s Review, where Buddy Holly is rightfully recognized as one of the most influential pop stars of all time.

Even still, the gap between #1 and #2 isn’t very wide: Billie Holiday’s Lady in Satin is an extremely worthy runner-up. After that, the gaps become more dense, with familiar faces old (Frank Sinatra, Sonny Rollins, Thelonious Monk) and new (Bo Diddley, James Brown, John Coltrane) filling out the rest of the list.