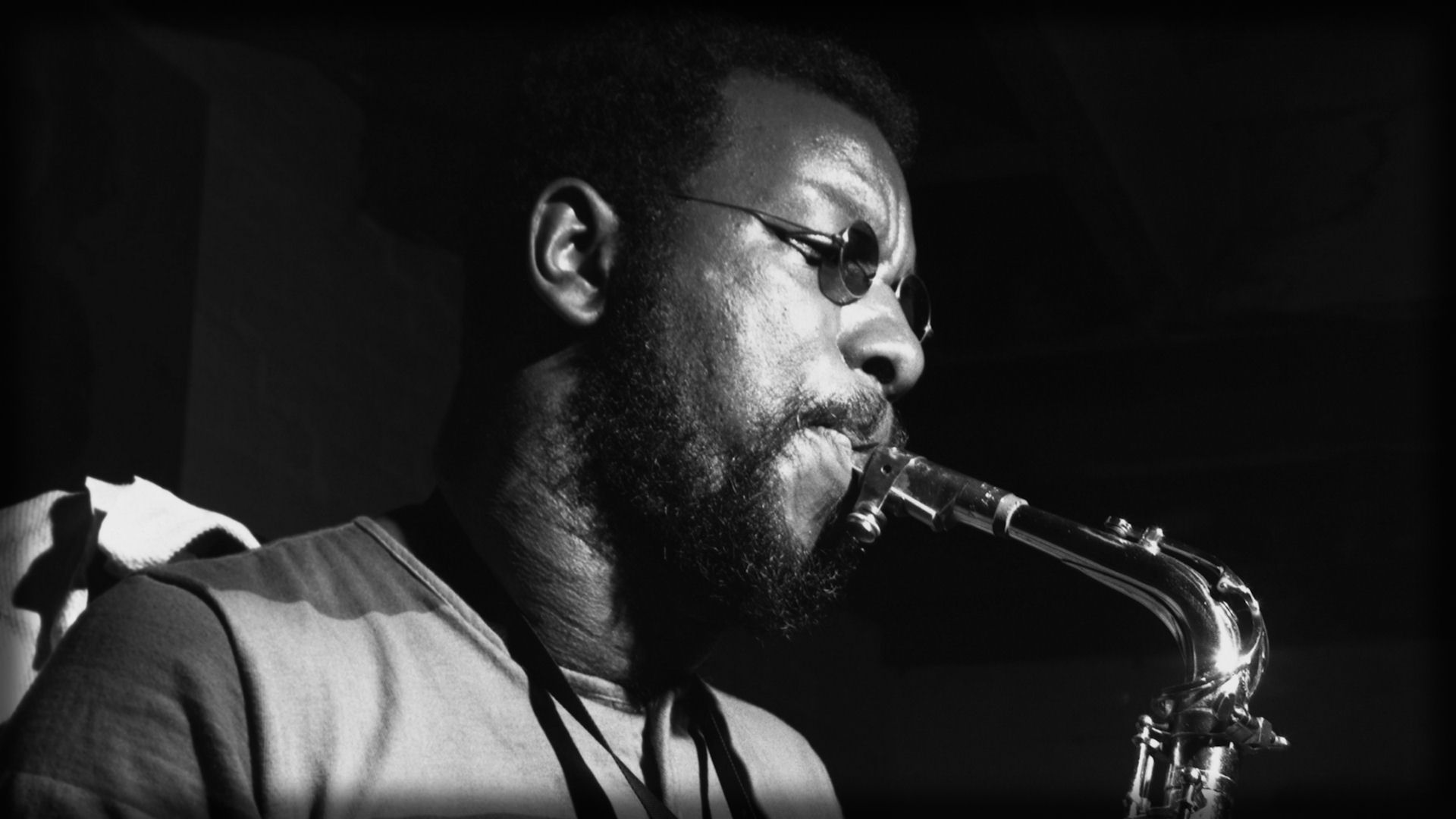 Not as polished as Elvis, not as soulful as Chuck Berry, but pure rock & roll nonetheless.  When you have grit and charisma, you don’t necessarily need polish or soul.  Great guitar on this album, some of the best and most flat-out fun playing of the decade.  If you’ll agree that ‘80s punk band X (of Los Angeles fame) has a throwback ‘50s sound, then Gene Vincent and his Blue Caps must be whom they throw it back to.  Also, not the worst band name ever, but still very uninspiring.  Check out that album cover.

A lot of people don’t like Lennie Tristano.  I’m not sure if I do either.  His music is cold and distant.  But there is a certain irresistible, intellectual quality to it, like a Michelangelo Antonioni film.  Not that I’m comparing the two.  Tristano—a white pianist—experiments with tape speed and overdubbing, which makes for an atonally disconcerting sound.  But, considering the date (recorded ’54—’55) and the aura (intriguingly skewered bebop), this is a record that can be looked at as an avant-garde landmark.  “Turkish Mambo” is a revelation.  The first four songs are what draw most people in (or shut most people out), but there are some more traditional tunes on the back half.

Coltrane’s Blue Note session announces a new perennial powerhouse in jazz.  His tenor sax playing rivals and even surpasses that of Sonny Rollins.  Obviously, his musical evolution is still in its early stages here—we’ve yet to reach Ascension territory (or even Giant Steps territory).  But Coltrane’s unmistakable tenor shines through, a unique voice.  And, as not just a virtuoso but a virtuoso penning his own tracks, Blue Train primes Trane for his eventual legendary career.  But I still prefer ‘50s Rollins to ‘50s Coltrane.

The title suite is a 19-minute Sonny Rollins jam session—what’s not to like?  The playing is vibrant and adventurous, and quite simply amazing.  Sonny is in peak form here and so is Max Roach, whose pounding drums almost steal the show.  I’m all for lengthy virtuoso performances—I’m a prog rock fan after all—and it’s doubly pleasing that the short songs (all covers) deliver the goods as well.  But let’s not lie, I revisit this one for the twenty-minute original.

There’s nothing like big band swing when it’s done right and William “Count” Basie led the best big band swing orchestra of them all.  But that was back in the early ‘40s.  Even by 1956, swing was considered nostalgic.  But Basie was not past his prime, no sir.  In fact, he aged like vintage wine.  April in Paris is a plain ole fun time for all, showing that jazz’s elder statesman still knew how to one o’clock jump if given ample opportunity.  And, don’t you want to hear what a Count Basie song called “Midgets” is all about?

Ornette plays in a quintet here and this debut from the avant-guardian himself features more bebop than you would like to believe.  But therein lies the secret—this is not bebop in the traditional sense.  Even when Ornette blows out a traditional melody, his natural atonality carries through.  He would eventually drop the piano player entirely, giving his music a more menacing edge, something freer.  Not that this isn’t free, but there does seem to be an unwillingness to completely take off.  Cornetist Don Cherry understands Coleman’s maniérismes but I’m not sure Higgins, Payne, and Norris (drummer, bassist and pianist, respectively) are on board.  The dead weight would be dumped very soon.

In which Sonny Rollins completes his manifest destiny and proves that he is truly master of his domain.  Way Out West finds the ever-consistent Sonny at the top of his game, with nice percussive touches added to enhance that authentic rodeo feel.  Rollins solos over drums and bass alone, no piano necessary.  After all, it’s a barren landscape out west and you make it with what you have.  With perhaps the greatest album cover of the decade to boot, Mr. Rollins can attest: it doesn’t hurt to be wearing a nice set of duds.

Alto saxophonist Cannonball Adderley delivers the album’s finest solo on the album’s final track, “Dancing in the Dark” (no, not that “Dancing in the Dark”), but this is Miles Davis’ showcase for the most part.  Of course, his solos on Somethin’ Else aren’t as powerful or electric as when he’s captaining his own band, but Miles’ presence is inescapable, taking center stage even with talents like Art Blakey and Cannonball around him.  Somethin’ Else sometimes sounds like a prelude to Kind of Blue, as there is indeed a relaxed modality about this record.  But credit must go to the bandleader, of course: Davis never delivered a strain of hard bop quite as relaxed as Cannonball’s.  And in the battle of Best Something Else in matchup of similarly-titled albums—Cannonball vs. Ornette—it is Adderley who comes out victorious.

Highlights: “Autumn Leaves”, “Love for Sale”, “Dancing in the Dark”

A solo artist releases a self-titled album with a self-titled song.  To have that much pride is a sin, but “Bo Diddley” the song is a rocker that warrants such egotist delights.  Likewise, Bo Diddley the album is one victory lap for rock ‘n’ roll primitivism after another—12 tracks of juiced-up R&B powered by the chugging Bo Diddley beat. Songs like “Hey! Bo Diddley” and “Diddy Wah Diddy” add to the old-school fun, while a healthy dosage of blues and ripping guitar makes this an early exercise in proto-proto-punk.  I think I might prefer Bo Diddley’s “Before You Accuse Me” to the Creedence cover, and I certainly prefer Bo Diddley’s “Who Do You Love” to the Quicksilver Messenger Service cover.

A hard bop landmark, Study in Brown finds two highly talented musicians setting the genre’s early standard.  The title pair—Brown on trumpet and Roach on drums—are a supreme force to be reckoned with.  The solos are smart, but they’re also carefree, and the rhythms are ecstatic, but with a sense of toughness.  Max Roach is one of the greatest of all jazz drummers and I’d reckon he held the number one spot before passing the torch to Elvin Jones.  For all of Clifford Brown’s greatness (his legendary solo in “Cherokee”, for starters), Roach’s drumming never ceases to amaze me.  He absolutely owns this record.